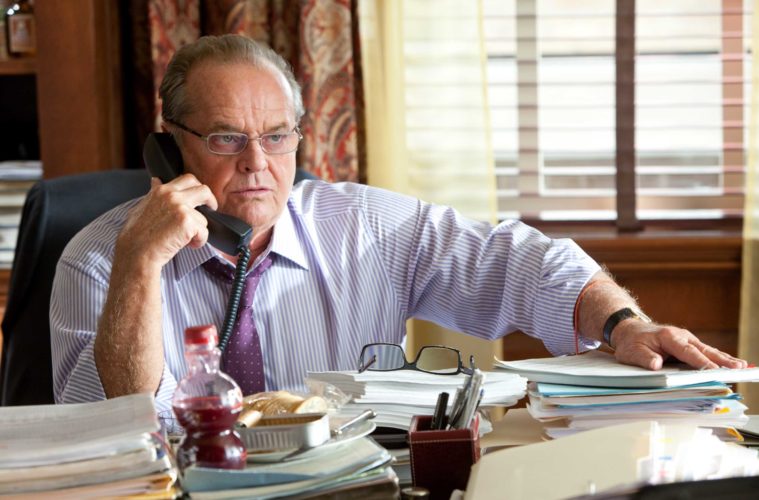 Jack Nicholson May Be ‘The Judge’ of Robert Downey Jr. Although Robert Downey Jr‘s The Judge has been on a burner for some time, it might roar back with a pairing so great you’re dumbfounded it hadn’t yet come to mind. According to THR, Jack Nicholson is WB’s top pick for the drama David Dobkin (The Change-Up, Wedding Crashers) has been attached to for an unfortunate length of time, a period which has seen David Seidler (The King’s Speech) rewrite a draft from Nick Schenk (Gran Torino) — or names Bill Dubuque; reports have been unclear there — but, still, not actually commence shooting.

That might be changing, as Nicholson has been approached to play the main character’s father, himself an Alzheimer’s victim accused of murdering his wife. Downey‘s character, being a lawyer, takes it upon himself to defend the man in court; needless to say, a few good things happen to his sense of moral fiber. Maybe the star will improve his own output, too, this time by doing a non-franchise movie as star and producer, the latter of which is being conducted with his wife and David Gambino through Team Downey.

It is possible. I’d need to know some more about The Judge‘s script before going right along with its set-up, and Nicholson, though a great choice, isn’t close to a sure thing. We’re talking about an actor who’s only made six films in the past ten years (two of them good), and he’s also known to simply turn down offer after offer nowadays. If Downey and Dobkin can actually get him aboard, I’ll start putting a lot of confidence in The Judge.

Would you be supportive of Nicholson taking this role? Do you think he will?