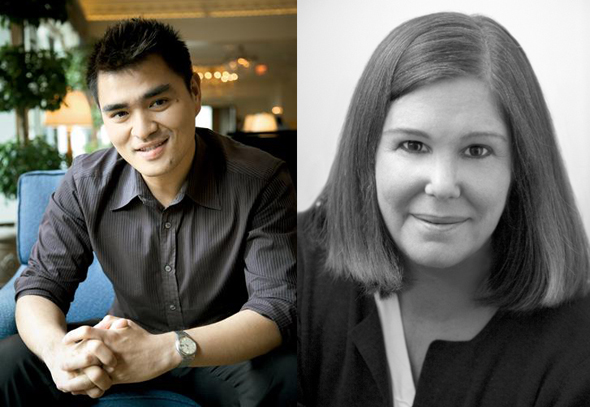 [Interview] Susan Koch and Jose Antonio Varga; Director and Writer of ‘The Other City’ Of the documentary films that premiered at Tribeca this past April, The Other City was one of the most striking. The film opens by posing a question to the audience, “Which Capital City has the highest rates for HIV/AIDS: Port au Prince, Haiti; Washington DC; Dakar, Senegal.” The answer is Washington DC. Surprised? The film goes on to explain that for a disease to be considered an epidemic, it needs to infect 1% of the population being examined. In Washington DC, the percentage of the population infected with HIV/AIDS is actually closer to 3%. There is this image of our Capital City being a place of power and civil action, but within every city, there is another city, and this compelling film explores the side that most people are unaware of.

The Film Stage was able to catch up with Jose Antonio Vargas, the writer and co-producer of the film, as well as Susan Koch, the director. Here is what they had to say:

Jose, You were covering the Washington DC HIV/AIDS epidemic long before this film. Can you describe how you first became aware of it?

JAV: When I first got to DC, I was a reporting intern with the Washington Post, and it was my first time to DC, so I was kind of oblivious to the whole [city]. When I got an assignment to cover around the [National Mall], I thought there’d be a whole bunch of malls there. I didn’t know DC. I had this image in my head: have you seen Election? I thought it was going to be a bunch of Tracy Flicks, a bunch of over-achieving, good-intentioned young people. And, that is DC in many ways. But then, it was getting clear within my first few weeks, that there’s this whole other DC that I never knew. I didn’t know there was a large percentage of the population that was black. And the black population is very diverse: there’s a very strong middle class, upper-middle class, but there’s also a very large poor population… a lot of the scenes in the movie, the documentary, [are near] the Capitol. And, I guess that’s when I got really intrigued, and I happened to stumble upon the news of the city, when you see papers, you know, you pick them up so you can know the city, right? And, I picked up the gay weekly paper, the Washington Blade, and there were all these articles about AIDS. So, I started calling around, and I got hold of a report that was just being released. It said that DC had the highest rate of new AIDS cases, in the country, ahead of San Francisco, ahead of New York… What that told me, in my reporting, is that by the time people were getting tested, the already had AIDS. And then, what became clear, very early on, is that the city didn’t really have a handle on it, they didn’t know how many people had HIV versus had AIDS. That’s when I first started writing about it.

Susan, can you describe what drew your interest to make this film?

SK: It is interesting, because I’m a long time director/filmmaker and a Washingtonian, I’ve lived in the DC area most of my life, though I travel a lot. And, it had been about 12 years since I had done a film based in my own hometown, and I just wanted to again. I felt, one, I wanted to reconnect with the city more, and that’s my way, telling stories and making films, so I started thinking about what I wanted to do. And, I’ve always been intrigued by this idea of the two Washingtons, that it’s a very divided city… I wanted to figure out, how could I tell this story without it being a cliché, and not so obvious… And, I started reading articles by Jose, and I liked them. I was like, “Wow, how can it be that I live here and I don’t know that this is going on?” I think of myself as well-read, well-informed, and up on the news, an I just didn’t know how I had missed this… I just felt that this could be a very powerful way of looking at the city, and then the more I got into it, the more I understood how important a story it was for so many other reasons.

Discussing transition from writing to film.

JAV: The challenge, I thought was, how do we talk articles, and bring characters to film. Frankly, I wasn’t sure how we were going to do it… As I writer, I have control over how people are presented, in terms of how the story is constructed. Film, I think, the camera is very judgmental, it lands somewhere and people make judgments. The images are so powerful. With Susan, I think we did a good job, Susan of course directing, did a good job maintaining the integrity of the people in the film remained intact. They presented as fully realized individuals, and I think that was the goal from the very beginning, and we achieved that.

Since you had done a lot of research prior to the film, were there any revelations during filming that were surprising to you?

SK: There were many things that were surprising, because like I said, I thought I knew my city, but I felt like I really didn’t. When I started making this film, I started going places and meeting people that were new to me… I had no idea of a lot of what went on, and I didn’t know how prevalent the rate of infection was. I had never made the connection between housing and HIV, and that a really important one, as our young woman, she’s about to lose her subsidized housing, and she’s searching for housing, and if you don’t have adequate housing, it’s very difficult. Some of the medication requires refrigeration, which you don’t have, you need to take it exactly at the same time every day, so you need stability, and it’s very difficult… sometimes there were just little things that people said to me that just opened up my eyes to things I had never realized before, and I’m very grateful for that. I learned so much from doing this film, I met really extraordinary people.

JAV: [What I found surprising] through the writing about it and filming stuff, is… this is happening. All of these stories, all of these people in the film, in what is called the most powerful city in the world. A lot of these scenes were shot within a mile, if not less than a mile, of the White House… There’s this DC that we know, this political, kind of the West Wing. I love the West Wing, Aaron Sorkin is a genius, but… the series never follows [Charlie Young] home. He’s the one who is born and raised in DC, and whose mother, I remember, was a cop who died on duty. And yet, we never saw Charlie Young go home… What this film is to me, and what Susan captured so eloquently, what we have do is capture the other part of DC… in every city, there’s another city.

To learn more about The Other City, be sure to check out the film’s website. Here is the trailer for the film:

What other moving documentaries have you seen lately?