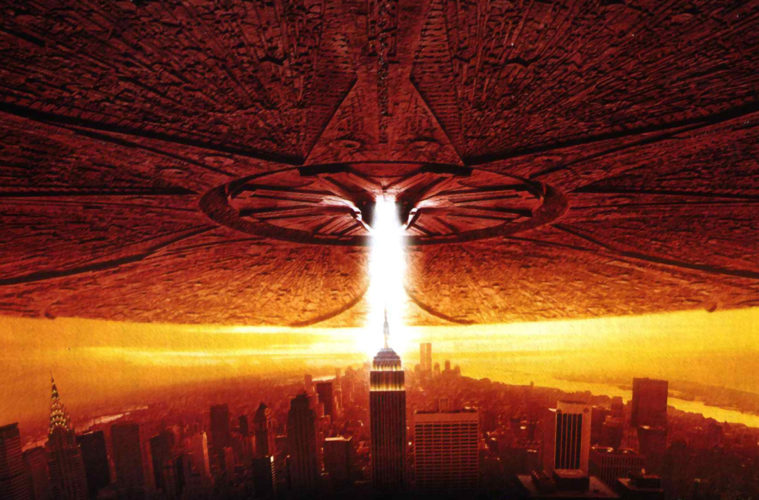 ‘Independence Day’ Sequels Get Titles and Some Other Fun Stuff Further and further we push forward with this two-part Independence Day sequel. In following some (innocuous) comments which arrived two months back, Roland Emmerich revealed to FilmStarts (via BleedingCool) that his second and third films will be shot in 2D, but, afterward, get the good old 3D post-conversion. Then the money can pile in.

And what will these cash cows be known as? Echoing years-old statements from his co-writer, Dean Devlin, the German helmer is thinking we’ll soon see ID Forever Part One and ID Forever Part Two on movie theater marquees — hopefully, with a colon thrown in. (Lest we forget the terrible sequel title for another sci-fi property.) They’ll have to get some things in order before the rest can be set into place, as there’s something of “a tough battle” brewing between 20th Century Fox and all the actors who, even now, still need to be convinced these films are worth doing. (I suspect Will Smith‘s high salary, a prior issue, is included in that.)

Devlin was at least able to expand a bit on what Emmerich would only call a “right idea,” saying this much to Total Film about watching the original:

“The thing that really hit me about the movie is how much love there is in it: between the characters; that the filmmakers had making it; that the cast had for each other. As we’re approaching a sequel we’re focusing on that aspect of it. Because I think that was really the key as to why it worked for everyone. It was lovable.”

Love and affection is not something I’d have expected from a big-scale sequel to the ’90s blockbuster — but love is just what I’m getting. All joking aside, it’s at least a bit nice to have a slightly different perspective on what, up to this point, had been a pretty hazy affair. Now let’s see if these movies ever get going.

Goldblum and Smith will still make their return to screens next year, when Fox releases Independence Day 3D on July 3rd, 2013.

Do Emmerich or Devlin change your perspective on ID Forever in any significant sense?