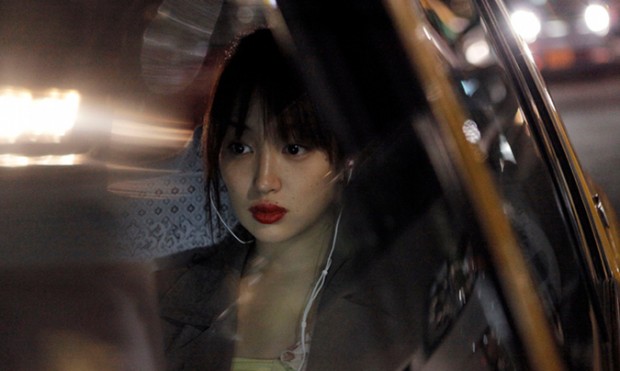 IFC Set Release Dates for ‘Like Someone in Love,’ ‘Frances Ha,’ and ‘Gimme the Loot’; ‘Charles Swan’ Finds Spot What a relief, knowing Abbas Kiarostami‘s next film is only two-and-a-half months away. Having awaited Like Someone in Love since before it played Cannes in May, having missed it at this year’s NYFF because I’m a schmuck, and having little patience for these kinds of things in the first place, you could say it’s high on that old to-see list.

According to BoxOfficeMojo (and thanks to IFC), I can cross it off on February 15th, 2013. That early opening has its own kind of advantage, as it’s not so crazy to think Kiarostami easily tops another list at that time (you know what I mean); it could also be placed alongside This Is Not a Film as another great Iranian picture seen in that cold and mysterious month of February. (What am I even saying anymore?) To hold off for the time being, be sure to read our excellent interview with the filmmaker.

Another IFC-owned festival title, Frances Ha, got its own date: May 17th, 2013. We have another instance of waiting, give or take, nine months for something that’s been built up to great lengths, for Noah Baumbach‘s Greta Gerwig-starrer was handed an A when we saw it at Toronto this September. Complaints aside, I do think this is a great date, as it lets IFC take advantage of what is, basically, the same spot Moonrise Kingdom opened in (save for one week) and became a huge hit with; my summer also starts right around that time, so it should make for a nice commencement.

Moving away from the top-tier indie outlet for a minute or two, you might also like to know Roman Coppola‘s A Glimpse Inside the Mind of Charles Swan III, starring Charlie Sheen and many others, is officially scheduled to open on February 8th, 2013. Fitting that we’d get this announcement just now, seeing as the first footage and posters — for a movie I’d like to see, too — have, discreetly, only begun to make their way out. Being just a couple of months away is a bit odd, yet the low-profile they seem to be opting for, anyway, renders this idea neither poor nor hard-to-grasp.

IFC will also release SXSW winner Gimme the Loot, directed by Adam Leon, on March 22nd, 2013. For your fix of two inner-city kids forced to “hustle, steal, and scheme to get spectacular revenge and become the biggest writers in the City,” this is the place to go.

Finally, Joe Carnahan and Variety both chime in to tell us The Grey and End of Watch, a pair of Open Road titles, are either confirmed or expected to be re-released in December for awards qualification. David Ayer‘s cop drama is coming on December 7th in what’s either a wide or close-to-wide capacity — helps to be out on a pretty much non-existent week for releases — while Neeson‘s snow trip is sure not to be far behind.

Which film are you most hoping to catch?