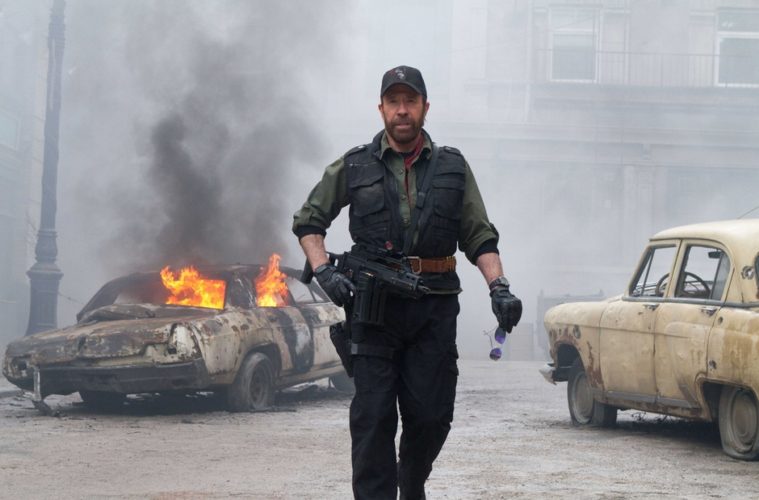 Hugh Laurie Bows Out of ‘RoboCop’; Chuck Norris Declines ‘The Expendables 3’; No Gerard Butler For ‘300’ Follow-Up While we enjoy bringing you updates of projects and cast attachments that are pushing forward, it’s time to go into the other direction. A trio have actors have announced they will not take part in a few upcoming projects and first up, we’ll take the most obvious.

Back in 2006, Gerard Butler broke out as King Leonidas in Zack Snyder‘s 300 and with the follow-up shooting now, we were slightly curious if he would pop in for at least a small cameo role. But the actor told MTV that he’s “not doing it…I wish them the best, but it didn’t [work out]. It wasn’t really my thing.” It sounds like a smart move for an actor that has moved on. Directed by Noam Murro, 300: Battle of Artemisia stars Sullivan Stapleton, Eva Green, Lena Headey, Hans Matheson, Rodrigo Santoro, Igal Naor, Callan Mulvey, Jack O’Connell and Andrew Tiernan, and will arrive on August 2nd, 2013.

Next up, Variety informs us that Hugh Laurie has dropped out of talks to join the RoboCop remake. No reason was given, but perhaps he got around to reading the script and decided it was for the best to depart. Still, as an Elite Squad 1 and 2 lover, I’m curious as to what Jose Padilha will come up with for this reboot. The film will arrive on August 9th, 2013 and features Joel Kinnaman, Gary Oldman, Samuel L. Jackson, Jackie Earle Haley, Jay Baruchel, Jennifer Ehle, Michael Kenneth Williams and Marianne Jean-Baptiste.

Update: Deadline reports that Clive Owen, among other actors, are now circling Laurie’s villain role. Check back when we get confirmation.

And lastly, Chuck Norris has told Access Hollywood he’s done with The Expendables franchise. After popping up in number two, when asked about joining the third he said, “Nope. Just number 2. This is it for me. Oh, yeah. This is very special.” Well, if they can get Nicolas Cage, Clint Eastwood, Harrison Ford and Wesley Snipes as promised, I think the action movie star quota should balance out quite well. Check out Norris’ interview below.

Are you disappointed these stars won’t be joining any of these respective films?