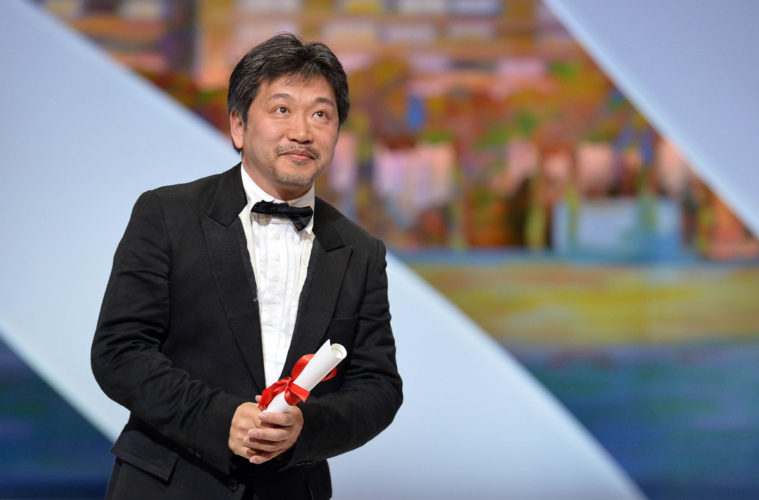 Hirokazu Koreeda and Andrew Bujalski Line Up Casts for Next Projects Relatively soon after the U.S. release of his Like Father, Like Son, it’s reported that Hirokazu Koreeda is about to move full-force on a new picture, Kamakura Diary. Variety caught details: this four-woman story is to be led by Haruka Ayase, Kaha, Masami Nagasawa and relative newcomer Suzu Hirose, with the writer-director adapting an eponymous manga series wherein a trio of adult sisters, living in their grandmother’s Kamakura home, are visited by a 13-year-old half-sibling. With that little made known, it’s already obvious why a family- and community-obsessed storyteller such as he might be attracted to this source material.

Koreeda will also see his own work retooled, for the remake of Like Father, Like Son has secured its first creative talent. While the first stories had indicated Steven Spielberg, an avowed fan who purchased the rights, would take it up for himself, that seems increasingly unlikely, given his busy schedule. As for now, however, writing duties have fallen to Paul and Chris Weitz of About a Boy, American Pie, and New Moon fame. Whether or not they’ll direct, individually or jointly, has yet to be made completely clear. [Variety]

Kamakura Diary will be released in Japan next summer, courtesy of Toho and Gaga. Meanwhile, Andrew Bujalski will follow last year’s confounding and unforgettable Computer Chess with Results. In taking on what’s undoubtedly his highest-profile cast yet, it’s to feature — according to The New York Times and a since-deleted Instagram photo from actor Tishuan Scott — Guy Pearce, Cobie Smulders, Giovanni Ribisi, Anthony Michael Hall, Brooklyn Decker, Constance Zimmer (House of Cards, Entourage), and Kevin Corrigan. Plot-wise, an also-deleted Craigslist post (via ThePlaylist) speaks of “Kat and Trevor, personal trainers, and what happens when out-of-shape and newly wealthy Danny enters their lives.” With this coming from… well, who it’s coming from, that’s likely something off-center and awkward.

Bujalski and co. are said to be preparing for a July shoot.

A casting tidbit from Variety informs us the Kickstarter-funded Folk Hero & Funny Guy has secured Melanie Lynskey and Wyatt Russell (22 Jump Street, Cold in July). As reported in October, the production, as written and directed by Jeff Grace, concerns Paul, a comedian (Alex Karpovsky) who attempts to pick up his poor career by tagging along with a childhood friend, Jason (presumably Russell), who’s made a name for himself in the music world. (And music is to play a big part in the production — some $9,500 of their proposed budget has been geared toward recording live, original tunes.)

The promising title is to roll cameras this fall.

Lastly, after assembling Tom Hiddleston, Jeremy Irons, Sienna Miller, and Luke Evans, we have a few more names to add to Ben Wheatley‘s High Rise. Screen Daily tells us the J.G. Ballard adaptation has brought aboard Mad Men and Top of the Lake star Elisabeth Moss, along with James Purefoy, Reece Shearsmith, Peter Ferdinando and Dan Renton Skinner in undisclosed roles. Wheatley and his wife/frequent co-scribe, Amy Jump, have adapted the satirical story tracking people in a tower block that descend into chaos.

Do you like the sound of these projects? Which seems to have the most potential?