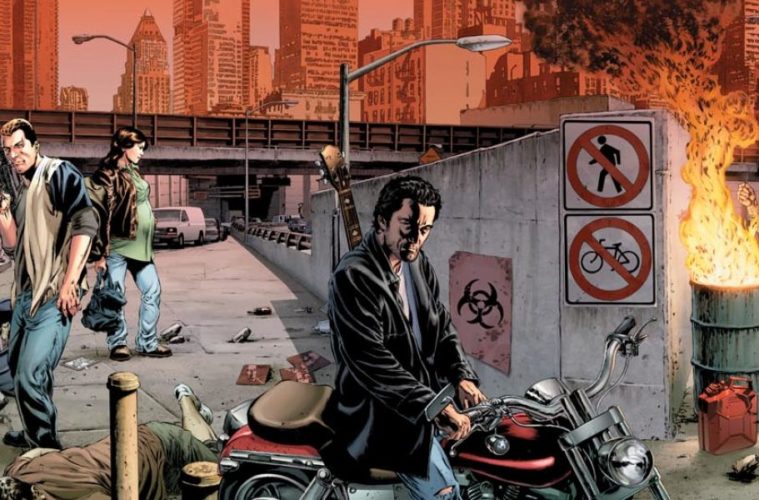 An exciting reveal came in July when we heard that Warner Bros. was considering Harry Potter director David Yates for their planned adaptation of Stephen King‘s epic novel, The Stand. The common knowledge about the project up to this point was that it would be split into a few parts, most likely a trilogy. So, with taking on best-selling novels being something that he already did for Warner Bros., his hiring here came across as both possible and understandable.

HitFix has learned the massive news that Yates is about to sign on with Potter scribe Steve Kloves for the multi-film adaptation, and that Warner Bros. and Vertigo Pictures, who are producing, see this as “a priority project.” An official announcement is expected to come within the next few days, but this all seems to be set in place for the director and screenwriter. The both of them are taking on a challenge that, while not necessarily as big as the one they faced with Harry Potter, will be a real test.

Those who aren’t familiar with The Stand should know that the uncut version of the book clocks in at over 1,000 pages, and is packed to the brim with characters who can’t really be removed for the sake of brevity. If that weren’t enough, the story being told is both sprawling and horrific; it being done as multiple films is a great sign when it comes to intentions on the studio’s part, so the next thing I really need to know is if this will be rated R. The big point of reference, after all, is the miniseries adaptation that Mick Garris did in 1994. That has its charms and highlights, but it’s a condensed, sanitized version of a story that could really make a great film — if it’s told right, at least.

I think the duo has an ability to adapt, but, most importantly, tell a proper version of a story that already exists in a larger form. My fingers are crossed, and I’m quite optimistic that they can give this book the film it deserves.

Are you excited that Yates and Kloves will adapt The Stand? Is this the right team to bring the novel to the screen?