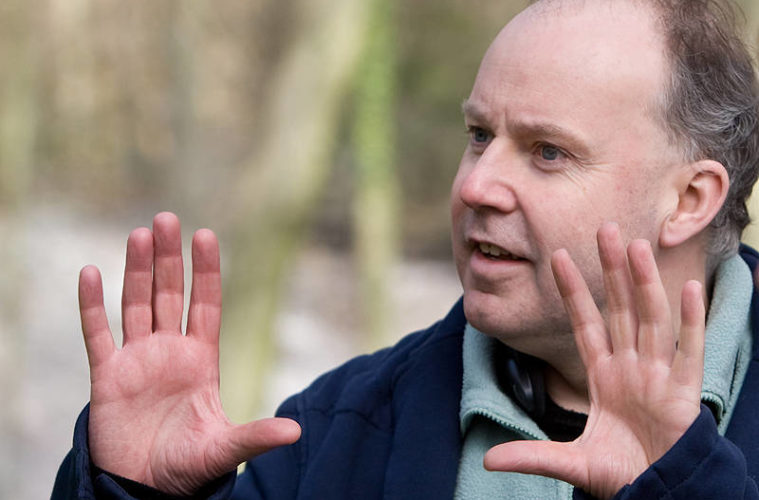 Tomorrow will see the release of Harry Potter and the Deathly Hallows: Part 2, and one of the many things it brings an end to is David Yates‘ streak with the franchise, one that was made by directing the last four films. Warner Bros. has made a lot of money with him at the helm of their projects, so it makes perfect sense that they wouldn’t want to let him go.

As Vulture reports, they have several projects in mind for the filmmaker, one of which is the planned adaptation of Stephen King‘s epic novel, The Stand. We heard back in early February that the studio (along with CBS Films) was planning to take the movie to the screen, which would make it the second adaptation of the story; the first is the kind-of-bad-but-entertaining-in-its- own-outdated-way miniseries from the 90s, but this is partially intended to truly give off the epic nature of the 1,000+ page book.

That would be done by adapting the whole thing into a trilogy, which he’ll decide if he actually wants to direct in the next two weeks. In the meantime, he’s apparently giving the book another read, as well as going to Los Angeles to presumably talk to executives. Or go on vacation after completing the gargantuan task of finishing the Harry Potter movies; that also seems possible. (He’s probably talking to executives.) Seeing as he’s handled massively popular books that require a lot of work to be properly adapted in a fashion that was deemed by most as strong, why not hand this off to him?

He has another film in the pipeline with the studio, and it’s one that we’ve not only reported on before, but also seems closer to happening. Called Cicero, it’s a movie about the rise of Al Capone in early part 20th century Chicago, and it has none other than Tom Hardy attached to star as the notorious gangster. Originally written as a TV pilot in the 70s by Wild Bunch screenwriter Walon Green, it’s now being

readapted as a feature film. But it seems like Yates is a fan of directing things as a series, because it may be turned into a trilogy — the first movie will tell of his rise, the second his peak, and the third his decline and passing.

An issue that the production faces is Hardy‘s busy schedule, which includes the pending Mad Max film, Fury Road. The director is rumored to be “discussing the possibility” of getting something shot before Road goes before cameras in spring of next year, but if it’s actually a trilogy, that should make plans a little different, depending on if they want to wait between shooting installments or get them together as quickly as possible.

There’s also the mention of him being in contention for Fables, an adaptation of the Vertgio Comics graphic novel that is centered on the “now-reformed” Big Bad Wolf, who has taken up the role of sheriff in the Fabletown area of Manhattan’s Upper West Side. It follows him as he “investigates the murder of Snow White’s party-girl sister.” The primary suspect is — are you ready for this? — “Jack, her current live-in boyfriend and former beanstalk climber.” I honestly don’t know what to say to that. And there’s also talk of yet another adaptation, this being Jonathan Tropper‘s novel This Is Where I Leave You, but the truth of the matter is that he’ll much more likely take on the first two projects mentioned here.

Among those two, I would probably rather see Cicero, if only because the Stephen King nerd in me is ambivalent about adapting The Stand as a film, even as a trilogy. Yeah, it’s good that it can get the full treatment by being spread out over three movies, but what if it ends up doing what so many other proposed trilogies have done over the past ten years, by (financially) failing the first time, and remaining uncompleted? The commercial appeal behind the project makes it somewhat unlikely that this would happen, but the risk is there, and I don’t know if it’s worth taking. The book exists, and people still read it to this day, so it may be one of those things that’s just fine in its original medium.

Cicero, though, is something I can get behind a lot more, because having a trilogy of movies about Al Capone starring Tom Hardy sounds, if you’ll excuse the fawning on display, amazing. He’s a figure that truly deserves the film treatment, and while Brian De Palma and Robert De Niro did a decent job of bringing him to life in The Untouchables, that’s just not enough. Yates is, in my opinion, a guy who’s very good at telling epic stories, so I think the pairing of him and Hardy on this one could lead to something truly special.

Of all these projects, which one would you want to see Yates direct the most? Did you find yourself impressed by his work on most of the Harry Potter films?