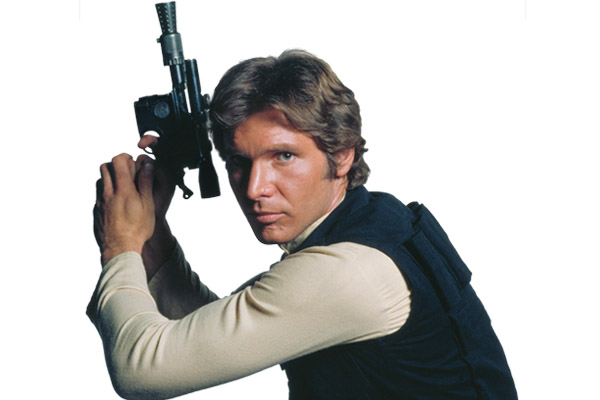 You don’t care about my cynicism, so let it be said: EW managed to contact a “highly-placed source,” whatever the hell that even means, who told them Harrison Ford — along with, less surprisingly, Mark Hamill and Carrie Fisher — “is open to the idea of doing the movie and he’s upbeat about it.” Well, upbeat and willing to commit if there’s a strong screenplay and good director in place — otherwise, I imagine it’s a no-go. Then again, this isn’t an actor who’s shown a big proclivity for either as of late…

As little thought as I’ll give to the content of that message, it is funny to think Ford might not just play Solo again, but also want to play Solo again. Now, if Luke Skywalker really does come back, the absence of Han Solo would — in so many words — be a little glaring. In that case, they’d always pursue him. But take a look at this article from Movieline, in which Mike Ryan gives a wonderful summation of just how ambivalent the actor’s been about his own character since the early ’80s — a feeling that’s carried on until today. (In 2010, Ford told a reporter that Han Solo “was not so interesting to me.” That says enough to me.)

Anyway, I don’t feel so enthusiastic about speculating over what Harrison Ford may or may not be doing with his time. Not because I don’t want to see him play Han Solo again — it would sure be fun, especially if he looks kind of grumpy about actually reprising this part — but because it’s, well, just a rumor.

And for a movie that won’t open for another two-and-a-half years, those have already reached a flood stage.

Do you really think Ford will slip back into the black vest for Han Solo? Should he?