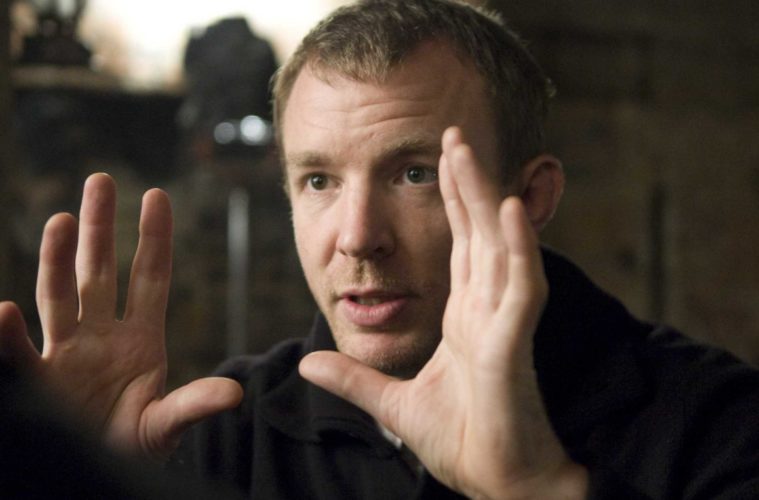 Save for those with minds both super-efficient and deliriously optimistic, I don’t know what might compel a studio to eye a six-film franchise, even one based in a tale as famous as nearly any other legend. Yet Warner Bros., hoping to launch another fantasy franchise — much of their Tolkien money will begin to fade by the end of this year, lest we forget — have tapped Guy Ritchie to kick off a new adaptation of King Arthur, with Joby Harold‘s screenplay indeed beginning a story that will, if all goes as planned, receive five follow-ups. How it makes that premature approach tenable or justifiable is another question altogether, but one figures the director is simply looking to get his hat in the ring — after all, there was that years-old development on a never-started iteration, Excalibur. As far as new chances go, he could do much worse. [Deadline]

Ritchie and his frequent producing partner, Lionel Wigram, will back the film alongside Akiva Goldsman‘s Weed Road and Safehouse Pictures.

At first making me ask how many potential projects the director of the Planet of the Apes reboot could possibly sign for — only to realize this is, actually, the Rupert who made more of a name for himself via sleeping with a high-profile star — Deadline also report that Rupert Sanders (Snow White and the Something Something) has set up a live-action version of Ghost in the Shell, a film itself based on the seminal manga and anime series that Hollywood (and Steven Spielberg) has been trying to crack for years.

Dreamworks and and Avi Arad back the project, while William Wheeler (The Reluctant Fundamentalist, The Hoax) has scripted a narrative following “a member of a covert ops unit of the Japanese National Public Safety Commission that specializes in fighting technology-related crime.” As it’s a title which certain parties have been looking to produce for some time, one with sufficient curiosity may wonder what, now, happens with the numerous pictures Sanders has committed himself to — though we don’t necessarily expect that to halt even more signings, either.

Speaking of franchises, this far more unexpected, THR inform us the sequel to 2012’s Pitch Perfect has found a director in one of its own stars: Elizabeth Banks, who will be making her feature-length debut on what remains generally under-wraps (or outright undeveloped) outside news of Anna Kendrick and Rebel Wilson‘s likely return. What else do you expect? Screenwriter Kay Cannon‘s studio notes probably come down to “a capella singing must ensue.”

Finally, Twitch claim 20th Century Fox angled toward Daniel Espinosa (Easy Money, Safe House) for their Michael Fassbender-led Assassin’s Creed movie. Despite denials of as much from New Regency, the pairing would make just a bit of sense: both this director and star had almost joined forces on the recently vacated The Outsider, and with an August 7, 2015 release date set, the production’s need for movement is only becoming more and more pressing. Whether or not he takes the job, news on some attachment should arrive soon.

Which of these projects are you most anticipating? Do these choices in helmer, here, make any particular impact?