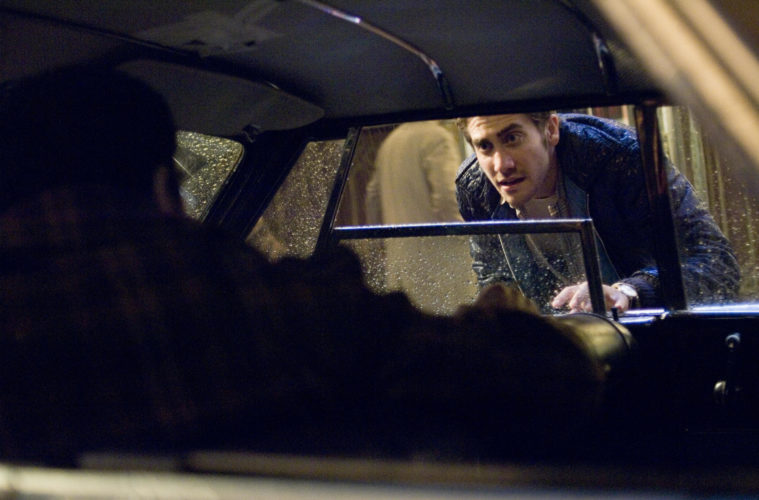 With word that David Fincher‘s latest feature, Gone Girl, will open the New York Film Festival on September 26th, today we’re looking back at his greatest accomplishment, the 2007 thriller Zodiac. Considering its March release in a year full of fantastic films (No Country, There Will Be Blood, Jesse James, to name only a few), it disappointingly went overlooked as the director’s lowest-grossing domestic release. In the year’s since, it seems to have gained more of a stature and today we have some additional material surrounding its creation.

Much of the below content is also available in the excellent two-disc Blu-ray release, but it’s well worth revisiting when one finds the time. First up, we have the 100-minute documentary This is the Zodiac Speaking, which takes an in-depth look at the pursuit that is the basis of the film, featuring interviews with both the surviving victims and the investigators involved in the unsolved case.

Following that we have two different featurettes on the special effects in the film, an extraordinary undertaking that’s refreshingly subtle compared to the tentpoles of our time. Collaborators — including one who worked with Fincher on Indiana Jones and Stars Wars — discuss completely recreating San Francisco, the killings, and more, while another is interview-free and takes a look at various scenes. Lastly, we have Fincher’s full commentary on the film, which is one of two great ones on the disc, the other being with Jake Gyllenhaal, Robert Downey Jr., producer Brad Fischer, screenwriter James Vanderbilt, and author James Ellroy. As we await Fincher’s latest, check out everything below:

Update: Commentary removed, but it’s available on the Blu-ray.

Is Zodiac your favorite work from Fincher?