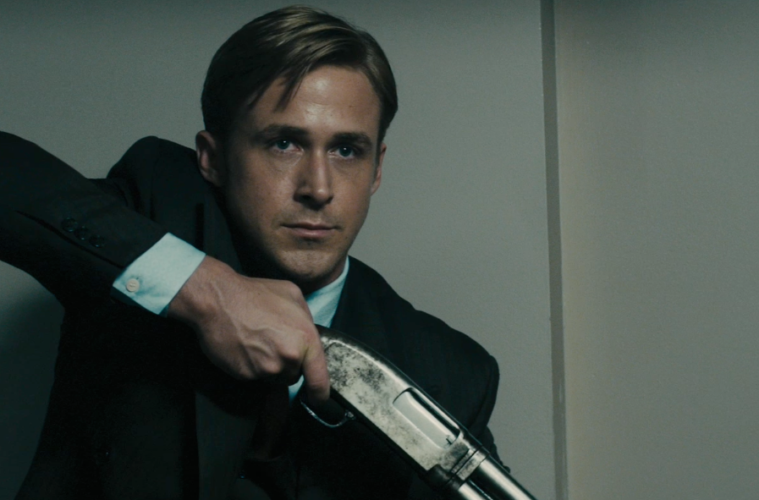 Following a push from its original September opening, Ruben Fleischer‘s Gangster Squad is back with another full-length trailer which, I’m happy to say, carries much more promise. After all, the first preview was a little confused, scattered, and entirely underwhelming overall, but what’s being shown here — perhaps, admittedly on account of lowered expectations — shows signs of a fun actioner wherein ’40s folk fight it out with guns and hats.

What hats and what guns they have, too, and how well does its cast utilize them. While Ryan Gosling‘s insecure five-year-old voice is still distracting as all hell, everyone else — Josh Brolin, Emma Stone, and a wacked-out Sean Penn — all appear to be on the same wavelength; if it’s all being played at a heightened level, I’m certainly “in.” There’s also a big peek at the reworked, Chinatown-set climax, an action sequence this trailer does a strong job of selling with only a few select shots. Los Angeles, 1949. Ruthless, Brooklyn-born mob king Mickey Cohen (Sean Penn) runs the show in this town, reaping the ill-gotten gains from the drugs, the guns, the prostitutes and—if he has his way—every wire bet placed west of Chicago. And he does it all with the protection of not only his own paid goons, but also the police and the politicians who are under his control. It’s enough to intimidate even the bravest, street-hardened cop…except, perhaps, for the small, secret crew of LAPD outsiders led by Sgt. John O’Mara (Josh Brolin) and Jerry Wooters (Ryan Gosling), who come together to try to tear Cohen’s world apart

How does this preview compare to what came before? Are you on board?