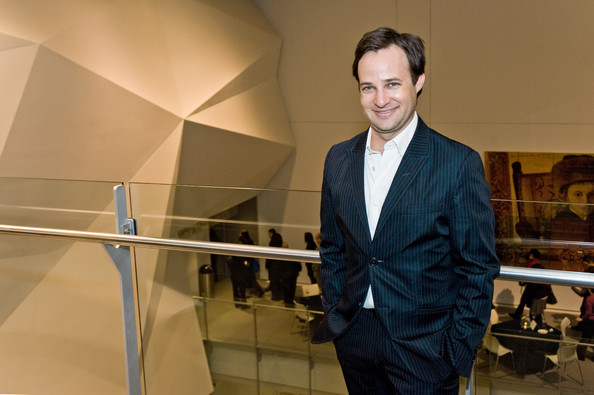 Development as sluggish and unwanted as that of The Lost Symbol fully erased what little interest most of us would hold to begin with, but I’ll be damned if Sony isn’t trying hard to make me care. The first big step in that process would have to be snagging Mark Romanek into the discussion. Now, at the time, I expressed concern and hesitation over a man of his talents be handed material that was most likely beneath him; when you read that he’s expected to take it on, though, it’d be silly for us to ignore the project altogether. With the most important department pegged down — and pegged down rather well, too — they’re eyeing a man to translate Dan Brown‘s book to the big screen.

According to Deadline, that very man may be Danny Strong, writer of HBO’s excellent Recount and their next real-life political drama, Game Change. (Brown was commissioned for the job back in December of 2010. I guess that didn’t go anywhere.) Those are his only feature-length scripts, so unless something else comes along between now and whenever The Lost Symbol actually hits, here we would have his entry into feature film writing. Kind of a big one, wouldn’t you say?

For some context, here’s how Amazon sums up the plot of Brown‘s novel:

“Returning hero Robert Langdon comes to Washington to give a lecture at the behest of his old mentor, Peter Solomon. When he arrives at the U.S. Capitol for his lecture, he finds, instead of an audience, Peter’s severed hand mounted on a wooden base, fingers pointing skyward to the Rotunda ceiling fresco of George Washington dressed in white robes, ascending to heaven. Langdon teases out a plethora of clues from the tattooed hand that point toward a secret portal through which an intrepid seeker will find the wisdom known as the Ancient Mysteries, or the lost wisdom of the ages. A villain known as Mal’akh, a steroid-swollen, fantastically tattooed, muscle-bodied madman, wants to locate the wisdom so he can rule the world. Mal’akh has captured Peter and promises to kill him if Langdon doesn’t agree to help find the portal. Joining Langdon in his search is Peter’s younger sister, Kathleen, who has been conducting experiments in a secret museum. This is just the kickoff for a deadly chase that careens back and forth, across, above and below the nation’s capital, darting from revelation to revelation.”

It’s pulpy material, the kind that I honestly don’t see a dialogue-based guy, like Strong, being able to restructure and amend, in terms of poor storytelling that (I’ve been told) the book contains. Yet, I can’t help but find myself far more interested in where The Lost Symbol could go than if we just had Ron Howard and Akiva Goldsman doing this over again. Take them, replace it with smart direction and witty banter, and you’ve got something better — even if it doesn’t amount to much at all.

Would Strong bring anything interesting to the Lost Symbol table?