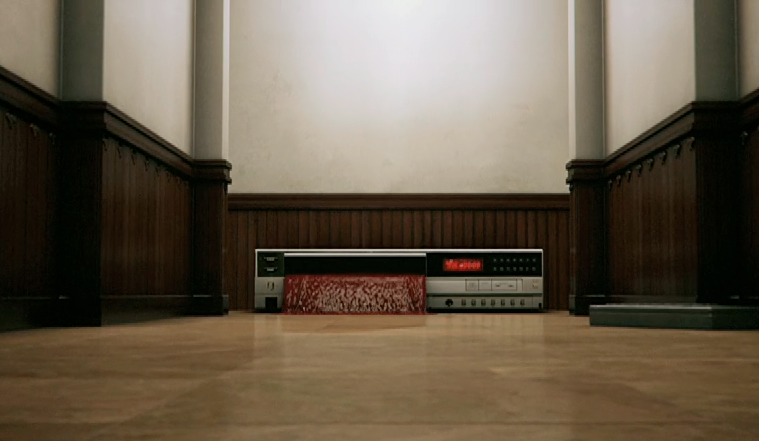 Full ‘Room 237’ Trailer Serves Up Bloody Homage to ‘The Shining’ I love that they’re not giving anything up. A year following its premiere (and after four months of having a preview), I still have little idea as to how Room 237 will “work.” With the buzz surrounding this one staying consistent through that entire time, and, with a release coming at the end of next month, Rodney Ascher‘s crazy vision of Stanley Kubrick is something I can’t wait to see. By now, I guess that’s said in only the most literal sense.

A second trailer is much like the first: quotes of praise accompanied by some Shining-homaging imagery and brooding music. It’s simply telling us what we need to know without showing us what we really want to see; for me, the strategy is working. After the box office failure of Barry Lyndon, Stanley Kubrick decided to embark on a project that might have more commercial appeal. The Shining, Stephen King’s biggest critical and commercial success yet, seemed like a perfect vehicle. After an arduous production, Kubrick’s film received a wide release in the summer of 1980; the reviews were mixed, but the box office, after a slow start, eventually picked up. End of story? Hardly. In the 30 years since the film’s release, a considerable cult of Shining devotees has emerged, fans who claim to have decoded the film’s secret messages addressing everything from the genocide of Native Americans to a range of government conspiracies. Rodney Ascher’s wry and provocative Room 237 fuses fact and fiction through interviews with cultists and scholars, creating a kaleidoscopic deconstruction of Kubrick’s still-controversial classic.

Is the mood of the marketing convincing you to check this one out?