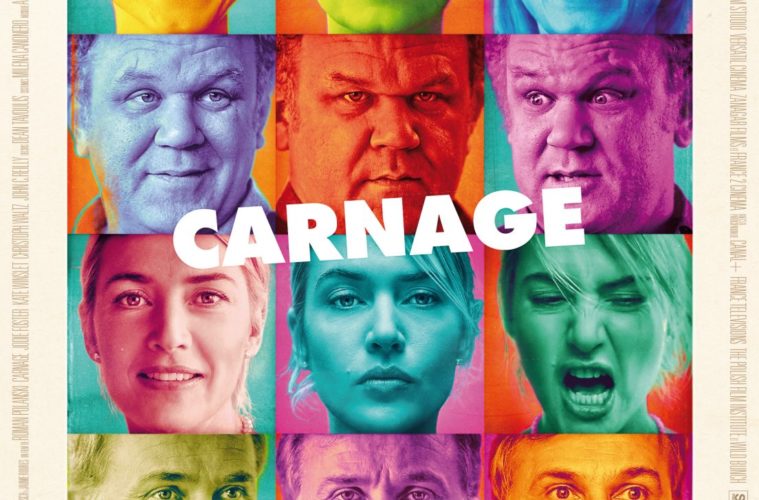 Despite the recent glut of production stills, we haven’t seen a lot of marketing material for Roman Polanski‘s Carnage. This isn’t the kind of movie that would normally expect a lot of success at the box office, but the release date is only about three months away; I’m hoping that a trailer comes within the next month or so, partially because it seems like a natural thing at this point. Perhaps that’s just me being selfish and desiring a real look at the movie, but I can’t imagine that no one else feels this way.

In the meantime, a French poster has appeared at IMPAwards, which manages to show off every actor in the film. That would normally be quite an impressive task, but only four people are appearing here: Jodie Foster, John C. Reilly, Kate Winslet, and Christoph Waltz. With that in mind, this almost reminds me of the album cover for A Hard Day’s Night (in a weird way), and something tells me that it captures the feeling of the actual film. Look at the way you see three emotions operating on separate levels for each individual character; it says so much about them with so little. This is a great poster, and I truly hope that it’s indicative of the film.

Take a look at it below: Do you like this poster? Are you looking forward to the film? Can someone make me a full-size poster of the face that Christoph Waltz is making on the far right?