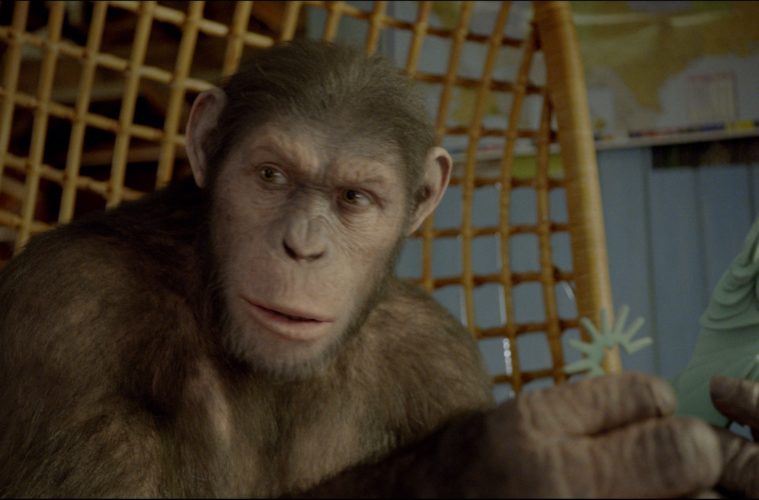 Fox Schedule ‘Dawn of the Planet of the Apes,’ ‘X-Men,’ ‘Independence Day 3D’; ‘Robopocalypse’ Pushed Back In a move that almost suggests they forgot to do this sort of thing over the course of a few weeks, Fox have dumped a very large load of release dates for their upcoming blockbusters — hotly-anticipated sequels and re-releases to be found among them. First, foremost, and most importantly: the Rise of the Planet of the Apes sequel has been titled Dawn of the Planet of the Apes, and is officially slated to hit on May 23rd, 2014.

It’s something we’ve heard so much about for more than nine months — you can pick or choose what seems relevant — yet an effort we don’t have a great deal on, either. Rupert Wyatt will direct; Scott Z. Burns will write; Andy Serkis is putting on the motion-capture suit; and Apes will continue their newfound domination of the planet. Being a big Apes fan who just so happened to greatly appreciate Rise, I’m truly excited for what’s on the way. (They gave it a great title, too!)

In a similar vein, it’s also been announced that X-Men: First Class 2 (what we’ll call it for now) is coming on July 18th, 2014, with Matthew Vaughn and his cast — James McAvoy, Michael Fassbender, Jennifer Lawrence, Rose Byrne, and some possible holdovers from the first — going into production at the beginning of next year. I’m up for another spin and, even if you didn’t like the first, you might still want to look out; the movie’s best aspect, Magneto, is said to be the center of attention this go-round.

The next film is not, by any means, new, but today marks our first knowledge of its wonderful existence. What, then? Independence Day 3D, the post-converted re-release of Roland Emmerich‘s July 4th staple that, appropriately, will be coming at us on July 3rd, 2013. Now, this could mean one of two things: Either the two-part sequel is never actually happening — thus, Fox elected to just do the next-best thing — or this is just part of the build-up to it. Please, please, let it be the latter. (Either way, Fox wants to make more from a film that came out in 1996.)

If I take anything on this roster as unfortunate, it’s that Steven Spielberg‘s Robopocalypse has been moved from July 3rd, 2013 to April 25th, 2014. I would guess (though am not sure) that such a shift stems from his post-production work on Lincoln, a process that would, in all likelihood, halt the development of a sci-fi epic.

In the past, Spielberg‘s promised a blockbuster that’s both “a global war between man and machine” and the exploration of “consequences of creating technologies which make our lives easier, and what happens when that technology becomes smarter than we are.” (Such statements have, without delay, brought Minority Report and A.I. into the conversation.) Should he deliver on this promise, it could be great. It’s also delayed by nearly ten months.

The rest is a bit smaller and vastly less interesting, so let’s run it down. Ben Stiller‘s The Secret Life of Walter Mitty — starring the director, Kristen Wiig, Patton Oswalt, Shirley MacLaine, Adam Scott, and Sean Penn — is opening on December 25th, 2013; the animated Walking with Dinosaurs has moved from October 20th, 2013, to December 20th of that year; Percy Jackson: Sea of Monsters will now arrive on August 16th, 2013, having been pushed back from March 15th; and a Paul Feig-directed cop comedy, led by Melissa McCarthy and Sandra Bullock, is up for an April 5th, 2013 opening.

Before we depart: This is not related to 20th Century Fox, but Gore Verbinski‘s The Lone Ranger is now hitting on July 3rd, 2013, having moved from a May 31st opening; Thor 2, once scheduled for November 15th, 2013, will arrive on November 8th of that year.

Which project are you anticipating the most? Do any of these new dates or shifts bother you?