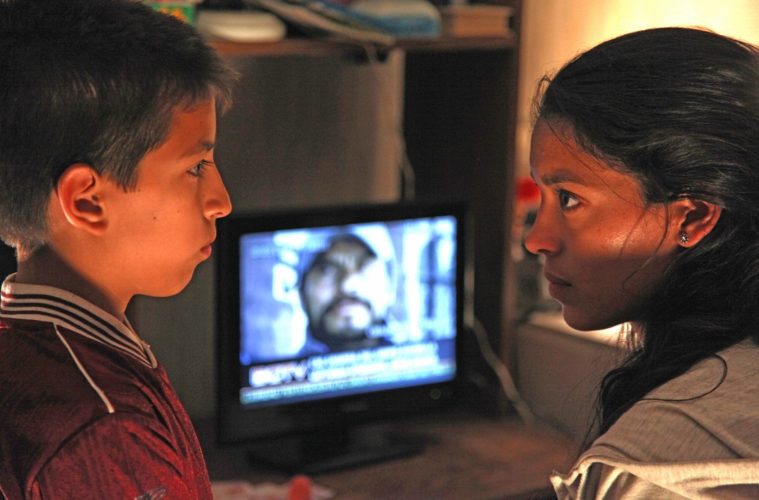 Fox Acquires ‘Miss Bala’ and ‘The Yellow Sea’; Release Dates Set For ‘Project X,’ ‘Bullet to the Head,’ and More Two Cannes films will be hitting American shores in the near future, as ShowBlitz reports that Fox International is distributing both Gerardo Naranjo‘s Miss Bala and Hong-jin Na‘s The Yellow Sea, the former of which earned a strong review from Raffi. Bala follows a young woman who wants to be a beauty queen, but her actions soon lead her into the world of a Mexican drug cartel. Sea, meanwhile, is centered on a cab driver whose wife goes missing for six months. He’s eventually given an offer by a hitman: kill one person, and they will be reunited.

Obviously, neither are the most commercial fare; that gives me a greater appreciation for the company, a feeling that’s only increased by me wanting to see both of these. When we might actually see them hasn’t been specified, but Bala is playing at both Toronto and New York next month, leading me to believe that it’ll hit theaters before the end of this year. The fact that Sea played at the same festival makes it seem possible that this applies to it, but I’m only guessing there.

If you’re a person who likes to have exact dates for when movies are coming out, you’re in luck, as BoxOfficeMojo has revealed the release dates for several upcoming films. Among these is Project X, a “secret comedy” from producer Todd Phillips that, according to THR, centers on “a high school party that spirals out of control.” It’s directed by Nima Nourizadeh and stars Miles Teller, Alexis Knapp, Thomas Mann and Jonathan Brown, and will come out on March 2nd, 2012.

Also mentioned is Bullet to the Head, Walter Hill‘s return to feature directing, which stars Sylvester Stallone, Sung Kang, Jason Momoa, Adewale Akinnuoye-Agbaje, Holt McCallany, Sarah Shahi, and Christian Slater. The plot follows a New Orleans hitman (Stallone) who teams up with a New York City cop (Kang) to find the man who killed their partners. Based on the graphic novel of the same name by Matz, the movie will open on April 13th, 2012.

Two smaller pictures are coming from Magnolia, those being Blackthorn and I Melt with You. The former of those played at Tribeca this year to mostly positive reviews, while the latter premiered at Sundance to a pretty scathing response; Dan liked the film, however.

Blackthorn is a Western that imagines Butch Cassidy’s life had he lived to an old age, where he’s played by Sam Shepard. Mateo Gil directs the film, which is seeing a limited release on October 7th, 2011. I Melt with You, meanwhile, has Mark Pellington helming a story about men — Rob Lowe, Thomas Jane, Jeremy Piven and Christian McKay, specifically — who go into the desert to do drugs and think about things. Sound fun? If it does, you can see the movie when it opens in limited theaters on December 9th, 2011.

Are you excited for any of the films?