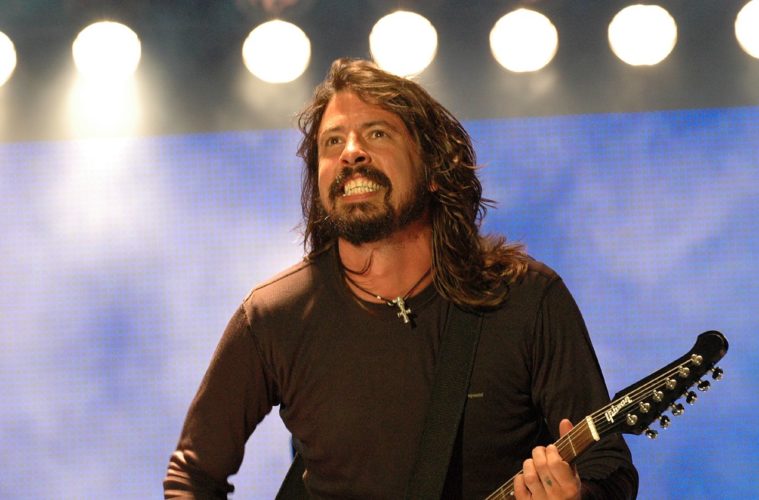 The history of musicians-turned-filmmakers is, while short, not all too pretty. Sure, The Beatles are the greatest band of all time, but have you actually seen all 60 minutes of Magical Mystery Tour? (Free advice: Don’t.) Bob Dylan, meanwhile, is our finest living songwriter, yet there’s a reason his 4-hour, super-experimental Renaldo and Clara has remained a bootleg item for more than thirty years. And then there’s Madonna‘s W.E. — though nobody even remembers that was a movie. It seems as though True Stories makes David Byrne the one person to come out of that transition unscathed.

I’m glad to say, then, that we might have another succeeding effort. Variety reports that Foo Fighters frontman (and former Nirvana drummer) Dave Grohl will make his inaugural trip behind the camera with Sound City, a documentary about the titular recording studio in Van Nuys, California. Mark Monroe, “writer” of The Cove and The Tillman Story, will “write” the film, which sheds light on a venue that’s hosted Grohl‘s two groups, Fleetwood Mac, Tom Petty, Neil Young, and numerous other esteemed acts over the years. And, in addition to interviews with some of these aforementioned folks — wherein they’ll discuss albums made there and “the human element of music in an age of technology” — we can expect some musical performances along the way.

Maybe that different direction can help Grohl break from the funk most of his kin face upon entering this field — but, more importantly for yours truly, it… sounds like Sound City will cover some interesting ground at the same time. Roswell Films distributing and Grohl is also producing, but no release date has been hinted at.

What do you take from this project?