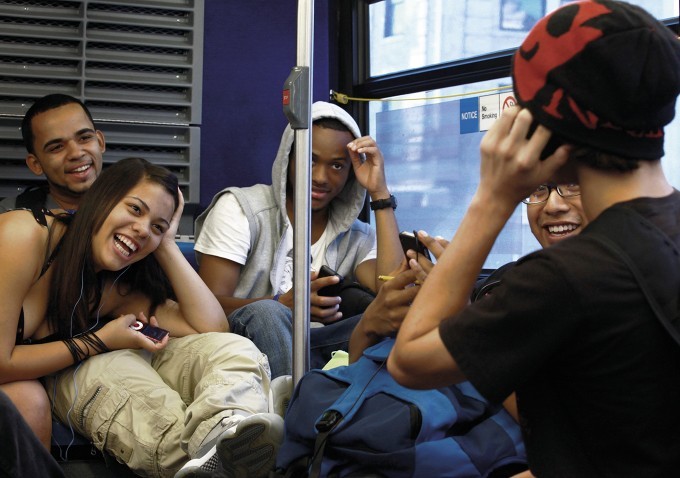 Following the big-budget superhero film The Green Hornet, director Michel Gondry is scaling it about as far back as possible with his next film. The We and the I will unspool this week at Cannes and now the first trailer has arrived. Taking place almost entirely on a school bus, it looks to be packed with energy and heart, something exactly what this director needs to get rejuvenated. Check it out, along with a new poster, below via Bleeding Cool.

The We and the I is the heartfelt and comical story of the final bus ride home for a group of young high school students and graduates. As kids depart the bus for the last time, we get to learn about these graduates as they step into the world – their love, their conflicts, their despair and their hope. The We and the I premieres at Cannes Film Festival.