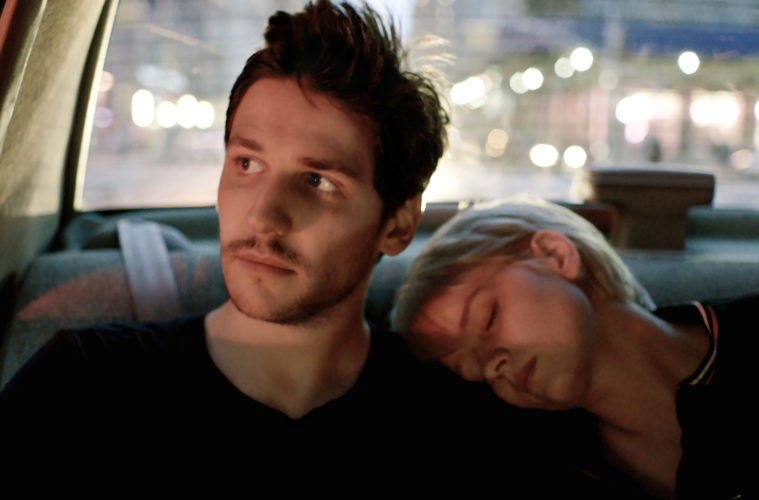 Though our with-bated-breath wait is ongoing, Eden will be upon us in just a short while. Fittingly enough, the first trailer has been made available ahead of its showings at this fall’s respective Toronto and New York festivals, likely showing off some of those sick ’90s dance beats and transnational romances that are said to comprise the latest picture from Mia Hansen-Løve (Goodbye First Love). I only say “likely” for this simple reason: with my own viewing no more than a few weeks away, yours truly has no reason to watch what’s below.

This is only to ensure the optimal version of a much-anticipated viewing, mind you. If you, on the other hand, have no idea as to why this is worth getting excited about — perhaps you’ve never seen any of the director’s efforts? — consider giving the available video a look. Buzzfeed have posted the preview — I suppose a ’90s kid would get this — and one can see it below:

Electronic dance music is the rock ‘n’ roll of our time. And the jazz. And the punk. Whichever your frame of reference, EDM calls to mind stories of creative genius and staggering fame — but also of lives lost and abandoned in the night. It’s not easy to capture the texture of this culture on film, but writer-director Mia Hansen-Love has found an ideal approach.

Paul (Félix de Givry) is a teenager in the underground dance music scene of early-nineties Paris. Raves dominate, but he’s drawn to the more soulful rhythms of Chicago’s garage house scene. He and a friend form a DJ duo called — with unfathomable layers of irony — Cheers. Two of their friends form a group with a similarly odd name: Daft Punk. These young artists plunge into the life, building their following one set at a time, dropping out of daytime society to form a community based on the high of the ceaseless beats and bass. There are drugs. There is sex. Paul hooks up with an American in Paris, played by the spirited Greta Gerwig (also appearing at the Festival in The Humbling), but that may be fleeting.

Hansen-Love’s previous films Tout est pardonée, Father of My Children and Goodbye First Love are, in the deepest sense, relationship films. They focus not on plot points but on glimpses of connection and betrayal that accumulate to form the bigger picture. Eden is her largest canvas to date. Drawing on the story of her own brother Sven, with whom she co-wrote the screenplay, Hansen-Love has created what you could call a low-key epic. Yes, the film captures the rise of dance music in Paris, Chicago, and New York — but via intimate moments in the company of young people who didn’t become Daft Punk. Instead, they gave everything in search of that intoxicating cocktail of euphoria and melancholy so often found in the club.

Eden does not yet have U.S. distribution.

What did you make of this first trailer? Has the film been on your radar?