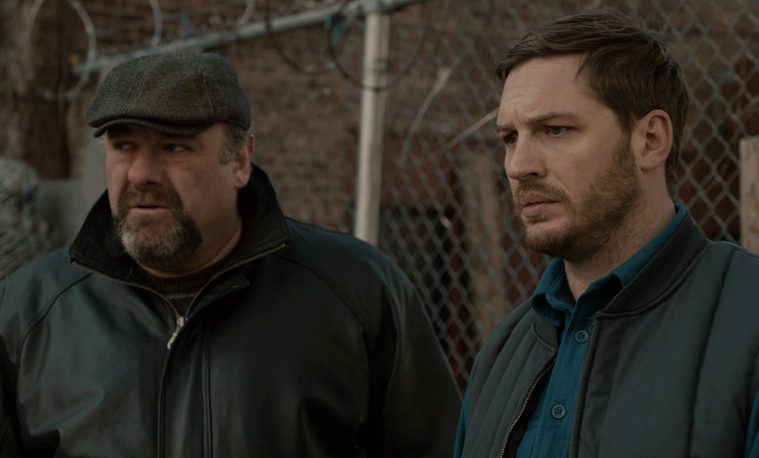 After earning an Oscar nomination for his drama Bullhead,  Michaël R. Roskam will return to cinemas this fall with his English-language debut, The Drop. Based on a short story by Dennis Lehane (Shutter Island, Gone Baby Gone), the film features the final performance from the late James Gandolfini, as his character gets intertwined with unassuming New York bartender (Tom Hardy), one whose life is thrown asunder after a robbery goes wrong.

The first trailer has landed today, which introduces as compelling crime drama, to be expected when it comes to the caliber of talents involved here. With a September release set, we can expect this one on the fall festival circuit and audiences can also see the trailer attached to Fox Searchlight’s Dom Hemingway this weekend. Also starring Noomi Rapace, Bullhead‘s Matthias Schoenaerts,  John Ortiz, Ann Dowd, and James Frecheville, check out the trailer below. THE DROP is a new crime drama from Michaël R. Roskam, the Academy Award-nominated director of BULLHEAD. Based on a screenplay from Dennis Lehane (MYSTIC RIVER, GONE BABY GONE), THE DROP follows lonely bartender Bob Saginowski (Tom Hardy) through a covert scheme of funneling cash to local gangsters – “money drops” – in the underworld of Brooklyn bars. Under the heavy hand of his employer and cousin Marv (James Gandolfini), Bob finds himself at the center of a robbery gone awry and entwined in an investigation that digs deep into the neighborhood’s past where friends, families, and foes all work together to make a living – no matter the cost.