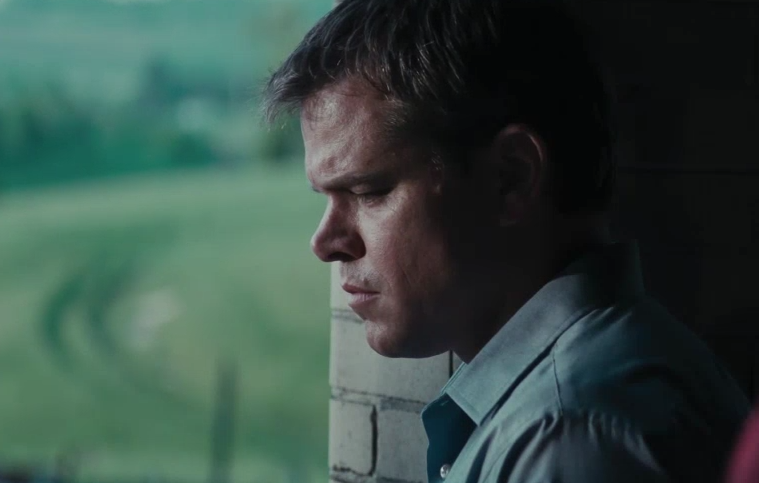 There was a slew of details here, a slightly hard-to-believe release date there, and, right in the middle, we now have a first trailer for Promised Land. Coming off his little-seen Restless, Gus Van Sant has reunited with Good Will Hunting and Gerry star Matt Damon for a drama which, in some part, focuses on the perils corporate fracking infringe upon a small town. A small town which is both full of the one thing that scares any big business — free thinkers — and peppered with the likes of John Krasinski, Rosemarie DeWitt, and Hal Holbrook. Conflict ensues.

Or does it? The trailer’s a bit confused, tonally; two-and-a-half minutes’ time alone runs the gamut from Michael Clayton to any one of the classic “big city man goes to small town” types of stories. (Most of which happen to be uplifting romantic comedies.) In most cases, that would be an obvious cause for concern — or, worse, a perfect reason to tune out — but, really, it’s not as though some anonymous type is behind the camera or charisma-free schlubs are taking up screen space. (Damon and Krasinski‘s screenwriting credits definitely spice this with an element of curiosity, too.) What Promised Land currently lacks in a true identity, silly as that may sound, I’m confident it can amend for in final results.

Check it out below thanks to Apple, along with the poster:

Corporate salesman Steve Butler (Damon) arrives in a rural town with his sales partner, Sue Thomason (McDormand). With the town having been hit hard by the economic decline of recent years, the two outsiders see the local citizens as likely to accept their company’s offer, for drilling rights to their properties, as much-needed relief. What seems like an easy job for the duo becomes complicated by the objection of a respected schoolteacher (Holbrook) with support from a grassroots campaign led by another man (Krasinski) who counters Steve both personally and professionally. Promised Land will open in limited release on December 28th.

Judging by this first trailer, do Van Sant and team have things on the right track?