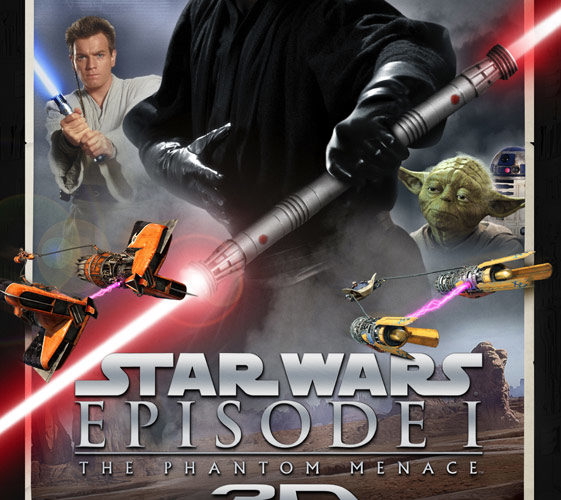 In today’s movie poster round-up we have a film that is far away from going into production, one that is getting an unwanted 3D release, another about to hit theaters and one that UK’ers get to see first. Lets start with the latter, as Flicks and Bits has posted the official UK quad for Nick Murphy‘s directorial debut The Awakening. Seen above, the “sophisticated psychological/supernatural thriller” stars Rebecca Hall, Dominic West and Imelda Staunton. I didn’t see it during Toronto, but have heard solid things for this smart entry into the genre. It will hit UK theaters in November, but no US release has been set.

Below we have the first poster for Star Wars: Episode I – The Phantom Menace 3D. George Lucas‘ abomination is hurling at us in three dimensions early next year and this poster from Bleeding Cool is here to remind us. Notice it is missing the lead of the film? Oh, you tried to block that out too? All the nightmares flood back on February 10th, 2012. Next up we have a sales poster for an upcoming reunion with Brad Anderson and his The Machinist star Christan Bale. Coming from TwitchFilm, this is likely a film we won’t see for quite some time. Bale needs to finish up with The Dark Knight Rises and his Terrence Malick project before he decides on his many major projects. But the film is Concrete Island, from J.G. Ballard’s novel, and Bale has expressed interest when his schedule frees up. Check more info about it here and the sales poster below. Last up is a new poster for Bruce Robinson‘s The Rum Diary starring Johnny Depp, Aaron Eckhart, Amber Heard, Michael Rispoli, Richard Jenkins, Giovanni Ribis and Marshall Bell, adapted from an Hunter S. Thompson novel. It plays off an earlier poster we had, but this time shows our big star Depp head-on. Check it out below via MTV and see the film when it hits theaters on October 28th, 2011.