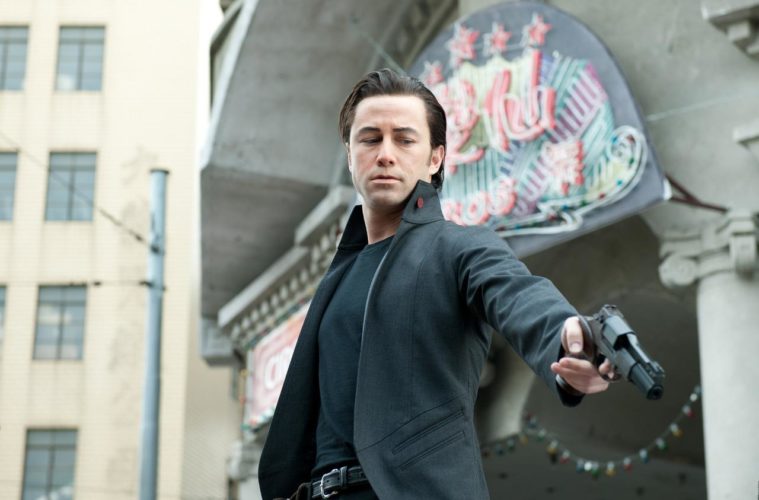 Any pre-existing thoughts on the work of Rian Johnson notwithstanding, I think everyone who bothers to read this has some degree of curiosity when it comes to Looper. Even a non-convert to the man’s output, like myself — but a guy who still enjoys his work, on the whole — has been itching to figure out, after years and years of discussion, what exactly Johnson has done with the science fiction genre. Add in the overwhelmingly positive response from early screenings, however, and curiosity makes way for flat-out anticipation.

And if there’s one aspect that’s prevented my desire from flagging these prior and coming months, it would have be Joseph Gordon-Levitt‘s performance. Hearing that he’s done a great job is, given the actor’s track record, a surprise to no one; rather, it’s what he’s done to himself that gets me worked up. What do I speak of? Reports and comments that he’s used prosthetic makeup to create an appearance closer to that of Bruce Willis, who plays his older self in the film. An early review at BadassDigest noted that, in addition to “[taking] on Bruce‘s mannerisms, his accent, even his grin,” Gordon-Levitt has used “extensive make-up that flattens his nose and changes his lips [which] simply becomes part of the character.”

We now have two images from the film, above and below, both of which display him in this new guise — and, no joke, I don’t think I could’ve told you this is Joseph Gordon-Levitt without prior knowledge. The above shot might bear some resemblance in the eye area, but the second — possibly on account of the longer distance — looks like an entirely different person. For a young actor and hot commodity, that’s a brave decision. Thank God he’s apparently delivered something to go along with it. Are you impressed by these photos of Gordon-Levitt? Perhaps “startled” is the right word?