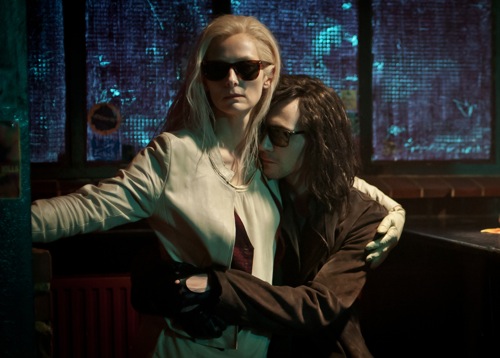 Considering its been around four years since his last film, we’ve been highly anticipating the next work from Jim Jarmusch and now with a production that mostly went under the radar, it seems as though the finishing touches are being put on Only Lovers Left Alive, his vampire love story.

The first official photo of the project, which brings together Tilda Swinton, Tom Hiddleston, Mia Wasikowska, John Hurt and Anton Yelchin, has arrived today thanks to Indiewire. One can see a long-haired Hiddleston as Adam, an underground musician, embracing Swinton, who plays his his centuries-long lover, Eve. The story then kicks in when her wild younger sister Ava (Wasikowska) enters the picture. Check out the still below for the film we fully expect to arrive at the Cannes Film Festival this May. What do you think of the first still for Jarmusch’s latest?