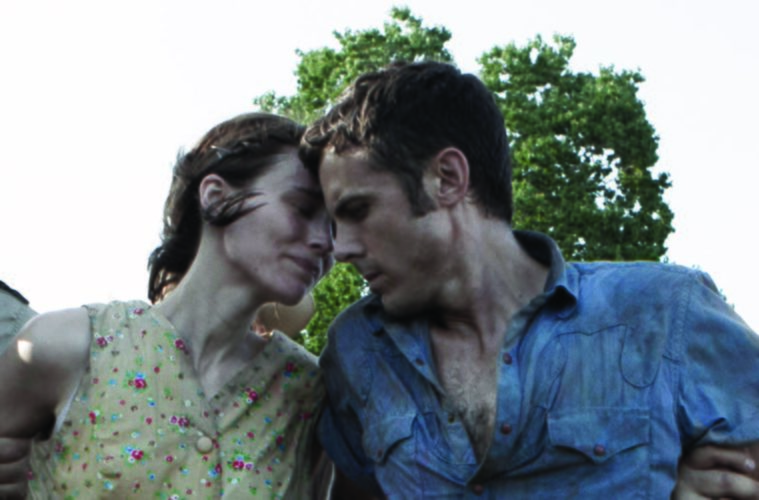 [First Look] Rooney Mara and Casey Affleck In ‘Ain’t Them Bodies Saints,’ Plus Kristen Bell Is ‘The Lifeguard’

Today we’ve got the first look at one of my most-anticipated titles in the Sundance 2013 line-up, the drama Ain’t Them Bodies Saints. From writer/director David Lowery, one can see the debut image above of Rooney Mara and Casey Affleck in the “tale of an outlaw who escapes from prison and sets out across the Texas hills to reunite with his wife and the daughter he has never met.” The film, which will be vying in the US Dramatic competition slate, also stars Ben Foster, Nate Parker and Keith Carradine.

We’ve also got the first image from a film we reported on during the summer, The Lifeguard. From writer/director Liz W. Garcia the drama follows a “former valedictorian who quits her reporter job in New York and returns to the place she last felt happy: her childhood home in Connecticut. She gets work as a lifeguard and starts a dangerous relationship with a troubled teenager.” Below one can see Kristen Bell at work in the film that brings her back together with her Party Down co-star Martin Starr. Mamie Gummer, Alex Shaffer, Amy Madigan and David Lambert round out the rest of the ensemble.