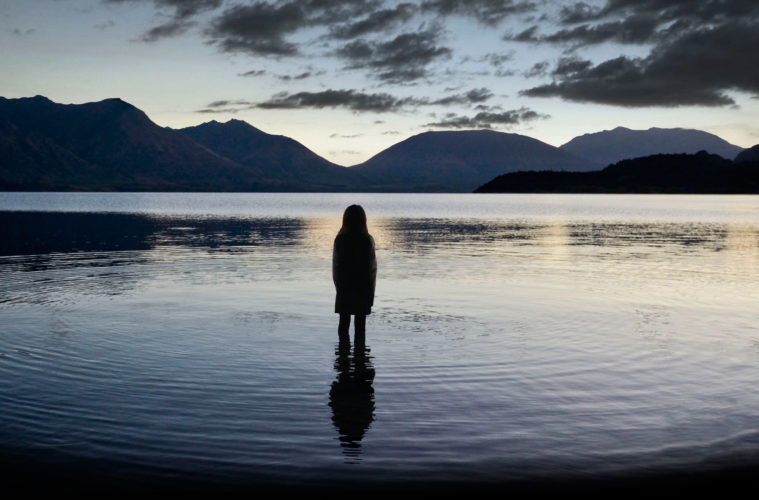 I hadn’t the slightest clue that Jane Campion was working on a new film, let alone a six-hour one starring Peggy Olson. (Although it’s really a scripted series, we’ll let this one slide.) But the 2013 Sundance Premieres slate is a huge selection full of lovely surprises — really, do take a look when you have the chance — with this, here, possibly being the most notable of them all. One can get their first look at that film, Top of the Lake, right above.

Starring the slightly-aforementioned Elisabeth Moss, Holly Hunter, Peter Mullan, and David Wenham, the “haunting mystery” follows one community’s search for a 12-year-old girl who, as it so happens, is five months pregnant. What happens over the course of Lake‘s 360 minutes is a wait-for-it type of deal, but the online press release pulls back the curtain some more:

“‘Top of the Lake‘ is a powerful and haunting mystery about the search for happiness in a paradise where honest work is hard to find. Set in the remote mountains of New Zealand, the story follows the disappearance of a twelve-year-old, five months pregnant, who was last seen standing chest deep in a frozen lake. Robin Griffin (Moss) is a gutsy but inexperienced detective called in to investigate Tui’s case. During the investigation, she collides with Matt Mitcham (Mullan), the missing girl’s father and local drug lord, and GJ (Hunter), a guru at a local women’s camp. Robin will find this the case that tests her limits and sends her on a journey of self-discovery.”

That still doesn’t help matters any further (save for it having to be the pregnant girl) so it’s best to let Campion‘s newest work just sort of happen. It’ll only be once during Sundance — when it screens on Sunday, January 20th — while a release to accommodate everyone else shouldn’t be long after.

Is it surprising to hear about this new work from Campion? Any thoughts on this first photo?