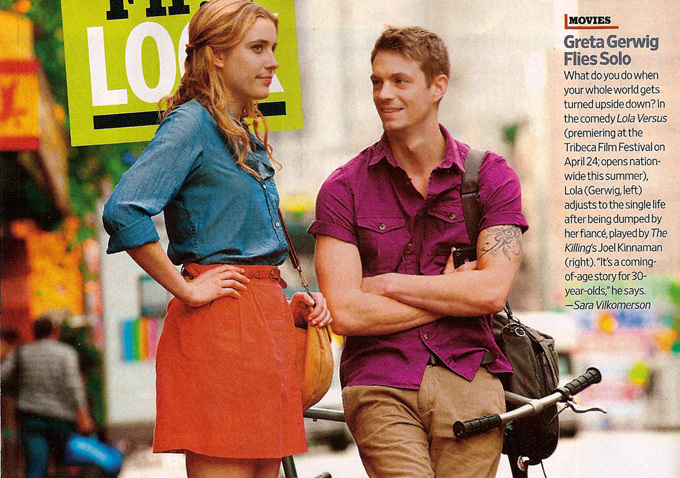 With a release date set for June, I’d say it’s high time we got something, anything out of Lola Versus. So have EW (via ThePlaylist) to thank for supplying our first images from Daryl Wein‘s romantic comedy. A New York-set tale, Lola Versus follows a woman (Greta Gerwig) attempting to rediscover herself in the wake of a called-off engagement to her fiancé (Joel Kinnaman).

Neither picture creates much of an impression (unless a schoolboy crush on Greta Gerwig counts), but that doesn’t diminish my anticipation for a breezy film that puts two likable leads in the world’s greatest city. To me, that sounds like a fun time at the theater.

You can see the both of them above, and the actress by herself right below: