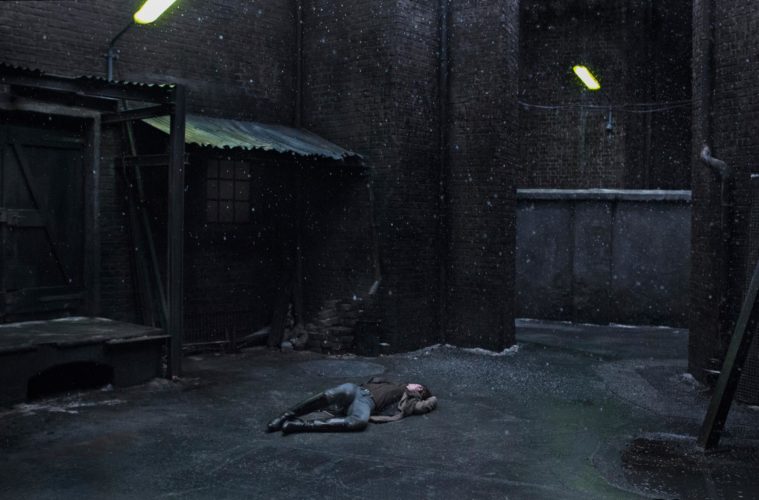 Another first look at one of our most-anticipated films of the year has landed, this time for Lars von Trier‘s erotic drama Nymphomaniac. Teaming once again with Charlotte Gainsbourg, the first image sees our star injured (not a unfamiliar state when it comes to von Trier’s work), lying solitary in an alley after being attacked. Seemingly from the first few moments of the film, Stellan Skarsgård‘s character will soon find her. The film then dives into eight chapters of her life, as the rest of the cast, including Shia LaBeouf, Jamie Bell, Stacy Martin, Christian Slater, Uma Thurman, Willem Dafoe, Connie Nielsen, Udo Kier and Jean-Marc Barr factor in. Check out the still below thanks to Artificial Eye, followed by the synopsis. Nymphomaniac is expected to premiere at Cannes, if they’ll have von Trier back.