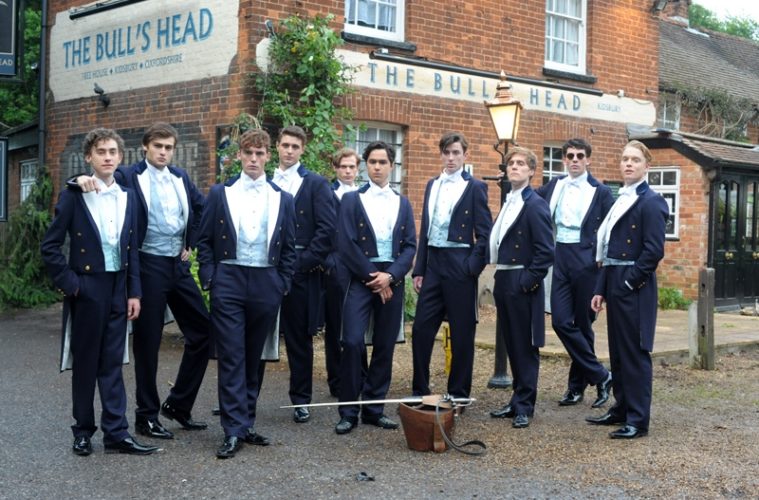 First Look at ‘Posh,’ From ‘An Education’ Director Lone Scherfig After earning a Best Picture nomination for her Carey Mulligan-led drama An Education, we were quite let down when it came to director Lone Scherfig‘s follow-up, the Anne Hathaway romantic drama One Day, but now she’s returning with more promising source material. Her next effort, Posh, is adapted from Laura Wade‘s hit West End play and follows a group of Oxford University students who try to join the Riot Club, a dark and dangerous, but alluring upper-class group.

Led by a who’s who of up-and-coming talents, including Natalie Dormer, Jessica Brown Findlay, Sam Claflin, Holliday Grainger, Douglas Booth, and Max Irons, we’ve got the first stills today thanks to Empire. Dealing with power and class, Scherfig says, “It’s more dynamic and energetic and dramatic and tough than the films I’ve done previously.” With a U.K. release date of September 19th, we’d expect the film to bow at Toronto International Film Festival, where it’ll be looking for U.S. distribution. Are you looking forward to Posh?