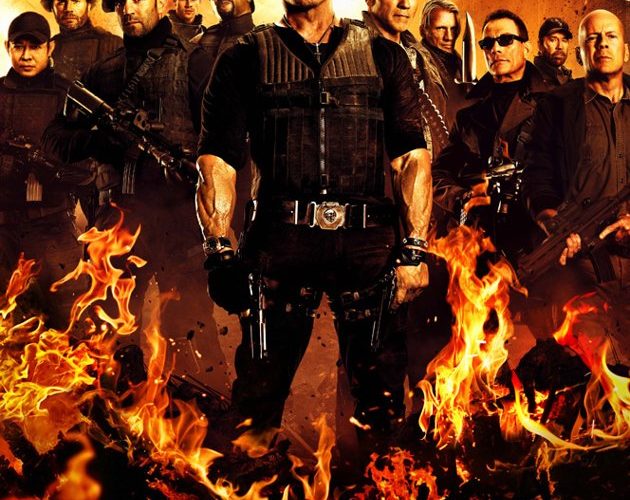 If you like your summer extra violent, then this update should please. Amidst the all-ages entertainment of the season, there are a few, quite different, offerings of hard-R crime/action flicks and we’ve got some posters and images updates on a trio of them. First up, director Daniel Espinosa, who gave us Safe House this year, is getting ready to deliver his Swedish crime thriller Easy Money (aka Snabba Cash) to US audiences thanks to The Weinstein Company and he’s got a big name helping out.

HitFix is reporting that Martin Scorsese has come aboard as “presenter” of the film, which means little else than he saw the film, liked it and now his name will be used to promote it. We’ve got a new orange-filled poster as well, for the series that already has a trilogy planned. So, if this one does moderately well this summer expect to see the other two (with the third still needing to be shot), arrive sooner than later, especially with star Joel Kinnaman leading next year’s big tentpole RoboCop.

Lastly, a batch of photos (via The Playlist) and two banners from Oliver Stone’s drug crime thriller Savages have arrived, which feature stars Taylor Kitsch, Blake Lively, Aaron Johnson, John Travolta, Uma Thurman, Benicio Del Toro, Salma Hayek, Emile Hirsch and Demian Bichir. And in related news, Deadline reports that co-writer of the film Shane Salerno has been set to adapt Steve Hamilton’s The Lock Artist, and they’re alrady about to look for filmmakers to come aboard. See a synopsis below, followed by the posters and photos.

The Lock Artist is about a young criminal who doesn’t say much but can open anything with a lock on it. Trained by an eccentric genius and owned by a Detroit mobster, he’s rented out as a lock picker for hire to a daring and outlandish gang of youth thieves pulling jobs in Los Angeles. His challenge is to get out before they get caught, and get back to the woman he loves. Savages hits on July 6th, while Easy Money lands on July 11th and The Expendables 2 on August 17th.