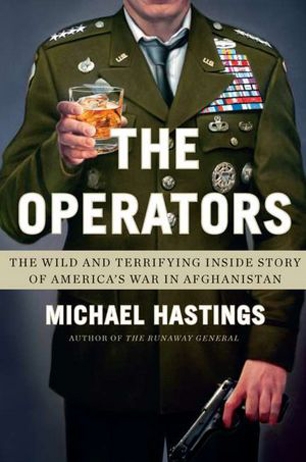 Film Adaptations of ‘The Operators’ and ‘Tiger’s Curse’ Land Scribes While this doesn’t quite fit in the subcategory of magazine article-to-film adaptations — Sofia Coppola‘s The Bling Ring and Michael Bay‘s Pain and Gain being two of the more prominent, future examples — ShowBlitz reports that Brad Pitt‘s Plan B Entertainment and New Regency have bought the rights to Michael Hastings‘ war-based The Operators.

Being a book that generated from his own Rolling Stone article about then-General Stanley A. McChrystal — the same that led to his own firing, as you (hopefully) remember — The Operators “picks up where the article left off,” going into detail on a European tour wherein McChrystal tried to generate support for the war in Afghanistan. But, in addition to the typical “life-and-death wartime decisions” that one would expect from military brass, we even get to see some of the partying they enjoyed partaking in. That’s an entire, real-life world unbeknownst to cinema, and, for that alone, The Operators should be of some basic interest.

Then, THR informs us that Paramount have snagged a writer for their next young adult adaptation, Tiger’s Curse. Here, the lucky scribe at work is Julie Plec (The Vampire Diaries; she’ll be translating Colleen Houck‘s high, high-concept book, which followed a 17-year-old female zoo employee who, soon enough, realizes that a white tiger she’s caring for is actually “a cursed Indian prince who turns into a man for only 24 minutes per day.” The duo take it upon themselves to break the spell that’s created this trap, and, in doing so, are taken to “exotic locales in India and [have] brushes with Hindu gods and goddesses.”

Goofy, no doubt, but let’s not deny that a high-wire act properly pulled off is always the best kind of storytelling. Don’t expect this to be a one-and-done deal, however; Tiger’s Curse was only the start of a five-book series, and you can bet Paramount wants to milk that for all it’s worth.

Which adaptation aligns with your own interests more?