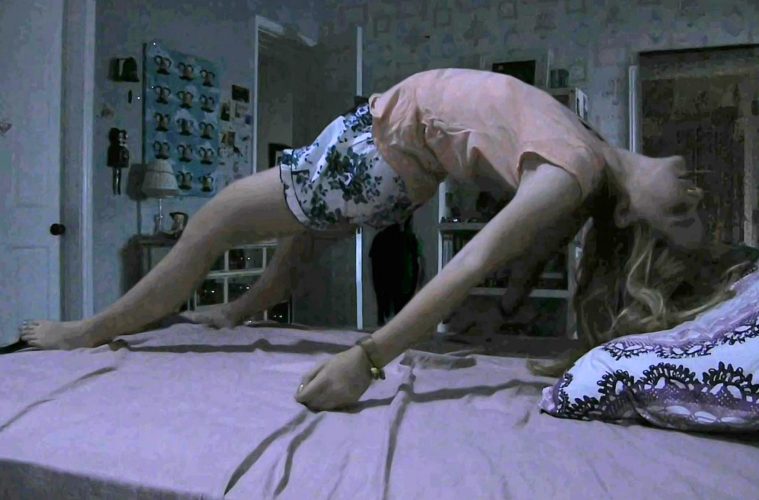 Everyone knew a Paranormal Activity 5 was coming. According to BoxOfficeMojo, the specific point of arrival is October 25th, 2013. There.

A few slightly (I said slightly) more important developments were unearthed by the source, with them first informing us Fox’s planned 3D re-release of Independence Day — an occasion which, fittingly, was expected to take place on July 3rd, 2013 — is being put into that dreaded TBD camp and some saying altogether canceled. It’d be remiss to pretend there’s some explanation past a shrug and “beats me” look, except to say that, if at all possible, the carnage is being put-off for an eventual release closer to the opening of its sequel(s). Yes, I know a follow-up may never even happen, given how long it’s taken, but that’s all I’ve got. For a half-guess, it’s really pretty good.

Another project getting close to (though not exactly) an outright axe is D.J. Caruso‘s Invertigo. Although, after an initial report filed in some eight months ago, the director hadn’t been attaching himself to anything else — thus, leading me to think the film in question was next and just sort of being “worked on” — a few people at Sony got cold feet here. From March 7th, 2014 to… TBD.

A shame, because I think it could have been one of the most entertainingly dumb films to come along in years. With a screenplay by Ehren Kruger (there’s our first indicator) and Bradley Cramp to its name, Invertigo‘s synopsis went like this:

“A long lost NASA space probe mysteriously crash lands in New York City, apparently under the influence of a ‘dark energy’ force that drives the universe’s expansion. But the scientific curiosity soon becomes a disaster of cataclysmic proportions as Earth’s own gravity is disrupted and eventually reversed, causing skyscrapers and bridges to be ripped from the ground and rivers to rain from the sky. A team led by the Office of Emergency Management supervisor is forced to mount a desperate mission into upside-down Manhattan to avert the entire planet’s destruction.”

And, now, we might be robbed of that sight forever. A shame. In other minor release date shifts, Star Wars: Episode II – Attack Of The Clones still arrives on September 20th, 2013 and Star Wars: Episode III – Revenge Of The Sith lands just the next month, now on October 4th, perhaps tiding over fans waiting for Episode VII.

Are you okay with Independence Day 3D and Invertigo vanishing from sight? Any enthusiasm for Paranormal Activity 5?