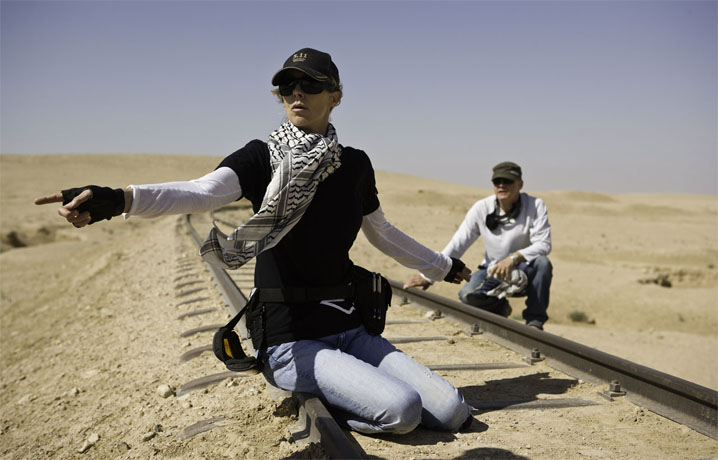 The next film from The Hurt Locker‘s writing and directing team of Mark Boal and Kathryn Bigelow has been moving at an incredible speed, with the death of Osama bin Laden only making things move along even quicker. Deadline now says that the movie has been dated by Sony, with it seeing a release on October 12th, 2012. The plan calls for the studio to use a method similar to the one employed for The Social Network, which turned out rather well for them.

Not too much has been revealed about what we can expect from the project, except for the announcement that Joel Edgerton will be taking the lead role. After being written about Navy SEAL Team Six and their unsuccesful attempts to capture bin Laden, the death of the terrorist leader allowed Boal to put the real-life result at the end of his own screenplay; this may very well end up being the most discussed element of the film. Set to shoot this summer, the financing is coming from Annapurna Pictures and Megan Ellison, who called this “an exciting, involving story in the tradition of the best film thrillers.”

Even someone like me, who was not being a big fan of The Hurt Locker, can see the potential that lies here. The combination of a sprawling action story and massive, timely events could result a big hit, and having Bigelow behind the camera inspires confidence. Honestly, though, if Boal wasn’t writing, then I would really be excited. Maybe he’ll surprise us and deliver something more substantial than Locker‘s thin script.

Are you looking forward to this film? Do you think the story is the right one to tell, especially right after bin Laden’s death?