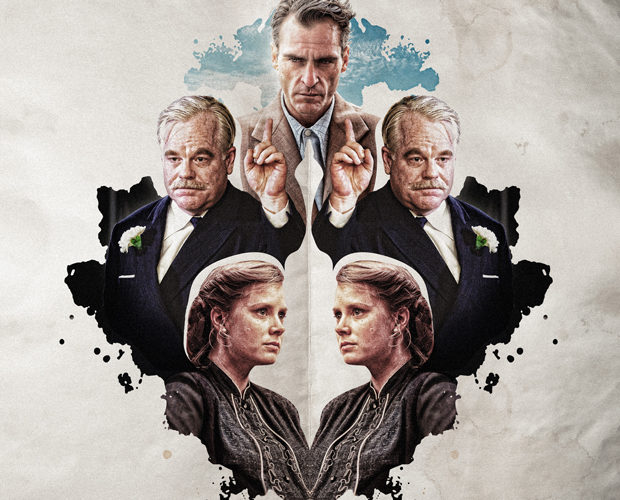 Exclusive: A Pair of Turkish Posters for Paul Thomas Anderson’s ‘The Master’ Odds say The Master is a) still at your local theater, hopefully in beautiful 70mm, or b) just on its way out. The film still isn’t “going away,” in some traditional sense, and since Paul Thomas Anderson‘s latest triumph still awaits a release in many international circuits, a crop of foreign material has sprung up in anticipation of another country’s unveiling.

For you, the reader, we have two posters crafted for The Master‘s Turkish opening: A lovely, Rorschach test-like design that shows off our three leads — not, I believe, what Joaquin Phoenix‘s Freddie Quell would typically make out through the inky mass — as well as a black-and-white variant with some altered title placement. They’re beautiful works — they would’ve been an entirely more satisfying form of advertisement than what us North Americans ended up getting — also ones I hope become available for purchase at some point.

In the meantime, take a gander below at Koray Doyran‘s artwork for distributor Calinos Film: