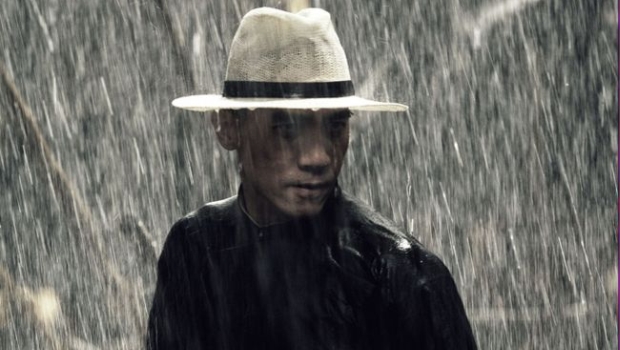 We already posted a Chinese-language version of the same trailer two weeks ago, but, being so excited for this one, an update is worth its own post. Why all the hubbub? Cinema titan Wong Kar-wai has been crafting The Grandmasters for (literally) years, taking his sweet time to bring audiences yet another story centered on Ip Man, a trainer best known as the one who, in so many ways, led to Bruce Lee — but, judging by what we’ve seen so far, kicked ass in his own right. Oh, it also stars the director’s favorite talent, Tony Leung, and, in the meantime, sees a reunion with Zhang Ziyi.

I can’t think of a single reason not to be on the lookout.

So we have a variation on our prior look, but with English subtitles. Despite the convenience this affords — this all makes a little more sense, for one thing — I can’t help but be frustrated that someone, just one person, has yet to upload any HD peeks. To watch something of Wong‘s in a low clarity is a sin unto itself, though the optimist in me thinks this muddy footage should only make the forthcoming release all the more a glorious experience.

The preview can be seen below (via Film Comment):

As a bonus, there’s also a behind-the-scenes look at the film’s production. Despite the lack of subtitles — two steps forward, one step back — seeing a master at work (a grandmaster at work?) transcends any boundaries of language, so Wong fans should get real pleasure from the sight alone. I know I did.

That can be seen below (via MCN):

The Grandmasters will open in China on December 18th, with a US release expected to occur in 2013.

Does the addition of subtitles improve your outlook on The Grandmasters? What do you make of the featurette?