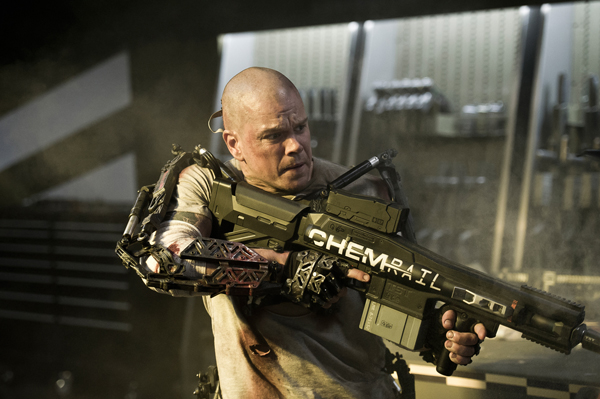 Depending on how much you wanted to see Neill Blomkamp follow District 9 with Elysium or, on the other side of the coin, how little you wanted to see the RoboCop remake, the following may be an instance of “bad news, good news.”

Let’s start with the bad. Word has it that Blomkamp‘s new film will shift from March 1st, 2013 to August 9th of the same year; presumably, in part, to finish the complicated effects required of the director and his behind-the-scenes team, while also allowing it to hit around the same time as District 9. (The massive success that film incurred by opening on August 14th must have been a sign that, if they need to make a delay, this is the best spot to place it.) Unfortunate, but not impossible to deal with.

Moving out of the August 9th, 2013 position is José Padilha‘s RoboCop, a film we can now expect to see on February 7th, 2014. I imagine the reasons behind such a swing are very much tied to Elysium: It can make more money in a dead time of the cinematic year and, in addition, will be given some extra space to work out all the kinks. It’s not typically in my nature to be a negative nancy, but some of what’s leaked leads me to me think the proper amount of time is really needed here.

Two additional, minor things: Cloudy 2: Revenge of the Leftovers is now coming on September 27th, 2013, and Pixels has been moved from May 23rd, 2014 to an unspecified date.

What are your thoughts on these switches? Are they something you can live with?