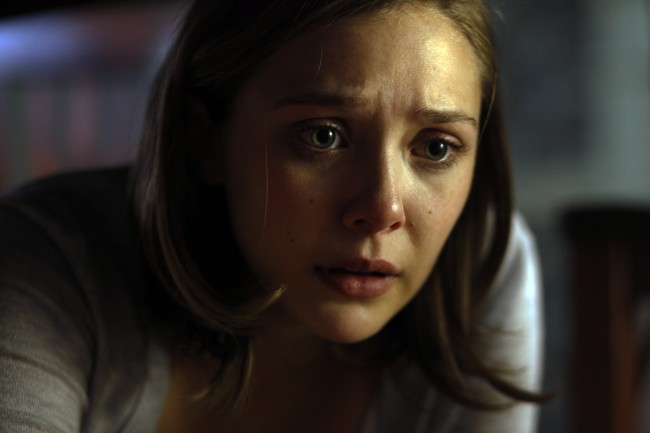 After starring in the not-so-acclaimed Silent House and the very acclaimed Martha Marcy May Marlene at Sundance this year, it shouldn’t be a surprise that Elizabeth Olsen is generating all kinds of buzz. One of the next films that we can expect to see her in, according to THR, is Buried director Rodrigo Cortes‘ Red Lights.

She’ll be joining an already solid cast that includes Robert DeNiro, Sigourney Weaver and Cillian Murphy. We’ve only really heard the movie’s plot up to this point, but along with her addition, Olsen has revealed some more details on the characters. The plot can be read below:

The film will follow a psychologist (Weaver) and her assistant whose study of paranormal activity leads them to investigate a world-renowned psychic (DeNiro). The psychologist attempts to debunk the psychic’s work after he steps back into the limelight after 30 years.

The character she’s portraying is both Weaver‘s student and Murphy‘s love interest (why can’t I get that role?), although she says the romance aspect won’t play into the plot too heavily. Olsen seems to have a deep interest in psychology, as she not only studies it at NYU, but also chose this project over many others because of its subject matter. Personally, I haven’t seen either of her Sundance features, but people whose opinions I respect have given her high praise. So more work for her (and projects she actually wants to do) should only be considered a good thing.

Filming is expected to begin in February in both Spain and Canada, and will be released…when it’s ready.

What do you think of Olsen joining Cortes’ new film? Were you a fan of Buried?