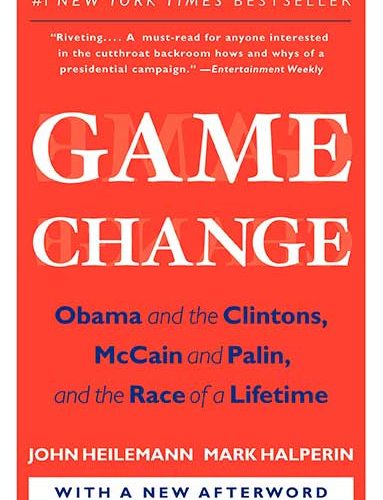 Julianne Moore landed what’s likely to be the most interesting role, that being of Sarah Palin, in HBO’s upcoming TV film Game Change. Thankfully, the casting we’ve heard about in the short time since has managed to remain interesting.

First, Ed Harris has landed the part of Republican presidential nominee John McCain, as EW lets us know. The tension between his and Palin‘s respective teams, as well as the tension they shared with one another, is said to be a big source of conflict in the book. While it shouldn’t get explosive, the thought of seeing the two actors play off each other gets me excited. He’s kind of got the look down, although one could reasonably assume that some work will be done to bring him even closer in appearance to the man he’s portraying. My biggest concern, oddly enough, is the voice difference; they don’t really sound alike, so will the actor change his tone and inflection for the role? I could certainly see him doing so.

In what should be a great role, THR tells us that Woody Harrelson has joined the project, starring as McCain‘s senior campaign strategist and advisor, Steve Schmidt. He caused a stir when he publicly disparaged Palin, saying that her bid for the Presidency in 2012 would be “catastrophic.” This seemingly brash, cocky guy is the kind of part that fits Harrelson pretty well, and I hope (read: pretty much know) that he can pull this off.

Reuniting director Jay Roach and screenwriter Danny Strong from the similar HBO TV movie Recount, Game Change is based off of the best-selling book from John Heilemann and Mark Halperin. I enjoy a good political tale, particularly when it’s based on a true story, so I can be counted as interested in what’s being planned.

What do you think of this casting? Are you excited for Game Change?