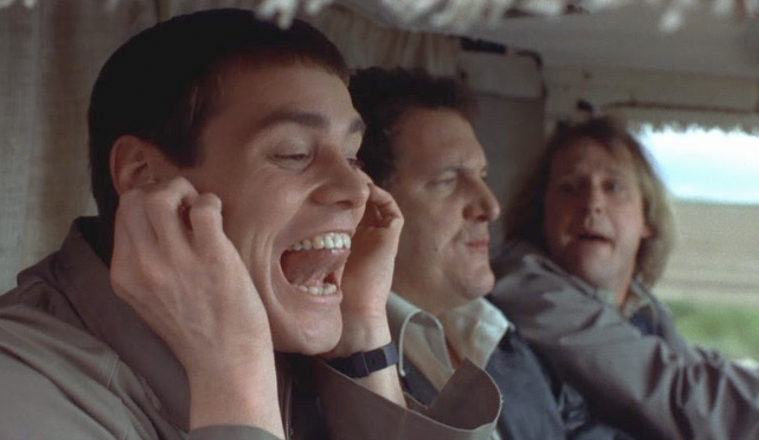 Well, it appears to be actually happening, after much speculation. With recent news of an Ashton Kutcher Steve Jobs movie, this shouldn’t be surprising at all.  Jim Carrey and Jeff Daniels will return for Bobby and Peter Farrelly to develop a sequel to the 1994 comedy Dumb and Dumber. Sean Anders and John Morris (Hot Tub Time Machine) are providing the screenplay.

Peter Farrelly announced the news, stressing that the misguided prequel Dumb and Dumberer: When Harry Met Lloyd was a “studio thing” that the brothers had nothing to do with, while this sequel is something that just needed the right timing; that right timing is apparently this September, when the group is supposed to begin shooting the film.

Relativity did not give a reason for the delay.

The comedy’s been putzing around for a long while now, and it’s common that these type of high-concept interconnected genre pics disappoint commercially, no matter the star power. Expect this thing to come and go quickly, like so many films in January.

What are you more excited for, an untitled comedy starring all of those people listed or a Dumb and Dumber sequel?