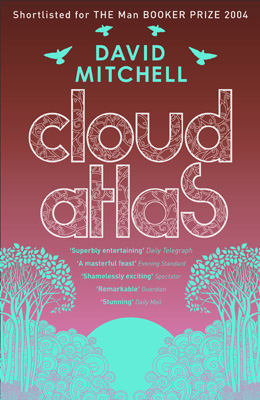 All the pre-shoot buzz and left-of-center rumors comprising our impressions of Cloud Atlas will dissipate in due time, but the process of covering these talks has been quite fun. The latest batch comes from a New York Times (via Filmonic) profile, in which various members of the production — among them Halle Berry and corporate higher-ups — discussed both the filmmaking process and creative results of a Wachowskis/Tom Tykwer collaboration.

I’m happy to report that Berry‘s comments aren’t the typical, hype-laden chatter most stars throw out in promotion of their new film. Instead, the actress provided insight into working on a project with multiple thespians, all of whom are disguising their own appearances throughout. (It sounds confusing.) For her, the most significant adjustment is collaborating with “two different film units and two different film crews and to go between the two from one day to the next.” Hard to blame her when the job requires playing “a Jewish woman in the 1930s” for Tom Tykwer one day, “an old tribal woman” for the Wachowskis the next.

As you can also probably understand, this results in her “losing track of fellow cast members amid the layers of makeup and costumes.” Berry best encapsulates it with this quote: “Some days I go into the trailer, I’ll be having a conversation — I won’t even know it’s with Hugh Grant until five minutes in.” For myself, the main takeaway of all this is the term “guerrilla filmmaking.”

English distributor Victor Loewy made up for a lack of traditional publicity, referring to it as “phantasmagorical” and “so unlike anything I’ve seen in 40 years in this business.” Whether or not that turns out to be true, Warner Bros. seem just this side of nervous about what will come of it. Jeff Robinov, for example, feels that international financing was necessary, since funding the whole enterprise “would have been a very risky proposition for [the studio].” When asked if their level of commitment (distributing, not financing) was a smart move, he gave this tenuous response: “I can’t tell you until we’ve seen more.”

Do these comments make you any more excited for Cloud Atlas?