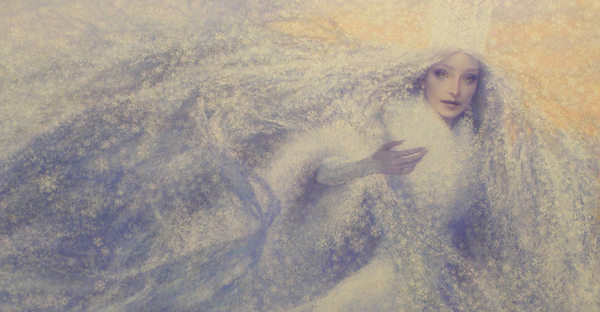 Between our last report and this new update, Frozen has made some big leaps. While just about any further news would feel like a big leap when it comes to a locked-down project, it looks as though things are, after a ten-year process, finally coming together for this CG musical take on Hans Christian Anderson‘s The Snow Queen. (You don’t get to say that very often, either.) A press release has announced a November 17th, 2013 opening for the animated fantasy film, the addition of some new voice & musical talent, and provided us with a first official synopsis.

You can read the lattermost below (via Collider):

“In ‘Frozen,’ a prophecy traps a kingdom in eternal winter, so Anna (voice of Bell) must team up with Kristoff, a daring mountain man, on the grandest of journeys to find the Snow Queen (voice of Menzel) and put an end to the icy spell. Encountering Everest-like extremes, mystical creatures and magic at every turn, Anna and Kristoff battle the elements in a race to save the kingdom from destruction.”

The other name listed above is Idina Menzel, a stage performer whose most notable onscreen work would include Enchanted and Glee. (With a Tony-winning career in Broadway, something good is bound to come from the casting choice.) It’s a very small group thus far, but one should figure that, with the pending release date, other voicing talents are either on the verge of being signed or have had offers put out to them. On music duties will be the husband-wife team of Robert Lopez (The Book of Mormon) and Kristen Anderson-Lopez; seeing as Frozen is itself a musical, it goes without saying that their contributions are of paramount importance. And it’s, again, a smart choice.

Things are looking strong — particularly for a project that was cancelled and revived multiple times over the past decade — and I’m only hoping, now, that an early preview can give us a quick glimpse into the film’s visual landscape. In the meantime, optimism is not ill-advised.

Could Frozen be a nice entry into the animated Disney canon?