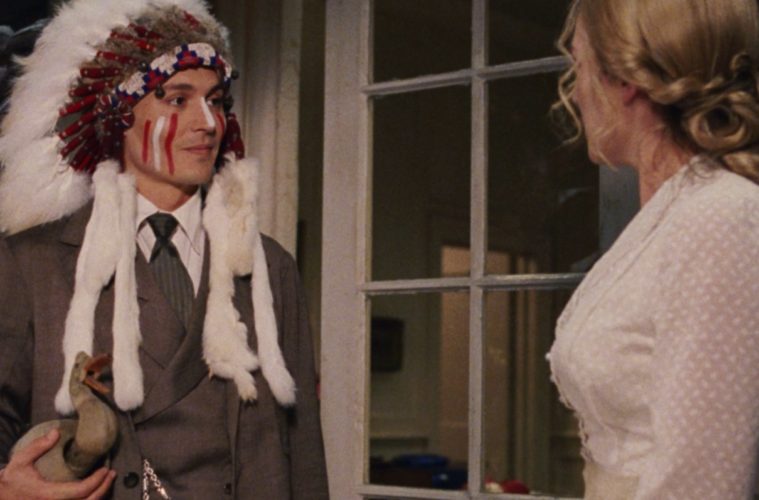 In a move which has left a lot of people fairly stunned, Deadline is reporting that Disney won’t be moving forward with The Lone Ranger, their planned reboot of the franchise that would star Johnny Depp as Tonto and Armie Hammer as the famed hero. With a planned release date of December 21st, 2012, this was set to be directed by Gore Verbinski — helmer of the first three Pirates of the Caribbean films — written by Justin Haythe, and produced by Jerry Bruckheimer, who is also behind the hit series. The combination of Pirates‘ star, director, and producer seemed like it would lead to a guaranteed hit, which makes the decision initially feel baffling.

However, the estimated budget for the movie was astronomically high — $250 million — and their desire to take it down to around $200 million couldn’t be met; they apparently reached $232 million at one point, but that’s still high by any film’s standard. Money keeps playing a part in this decision, because both John Carter and Oz: The Great and Powerful were taking a lot from the studio. Carter is said to now cost more than $300 million because of reshoots, and Raimi‘s prequel is budgeted around $200 million. That’s already far too much for a studio — even a massive one like Disney — to be spending on just two movies. You add in the extra cost of The Lone Ranger, the only film out of those three that hasn’t started shooting yet, and the choice makes a little more sense.

But the movie isn’t necessarily dead, despite this massive setback. Those involved might take it to another studio, or find a way to bring down the budget for a later release. It’s not clear what (if any) method they’ll use, but it doesn’t seem to be going anywhere with the plan they — until very recently — had in place.

Depp will still get some money for the movie, as he had a pay or play deal, but the rest of the cast — which also includes Ruth Wilson, Dwight Yoakam, Helena Bonham Carter, Barry Pepper, and James Badge Dale — probably won’t get anything. It’s hard for me to imagine that we’ll never see this movie, because the aforementioned combination of money-making players and a big studio makes a flop seem unlikely. But, with the exception of Depp, it’s likely that not all of those cast members will actually end up returning a few months (or even years) down the road. And if Disney ends up making the film, I wouldn’t expect it to entirely resemble the version we came pretty close to seeing.

Are you shocked by this news? Disappointed? Did you have any anticipation for a new Lone Ranger movie, and do you think this will still happen in the near future?