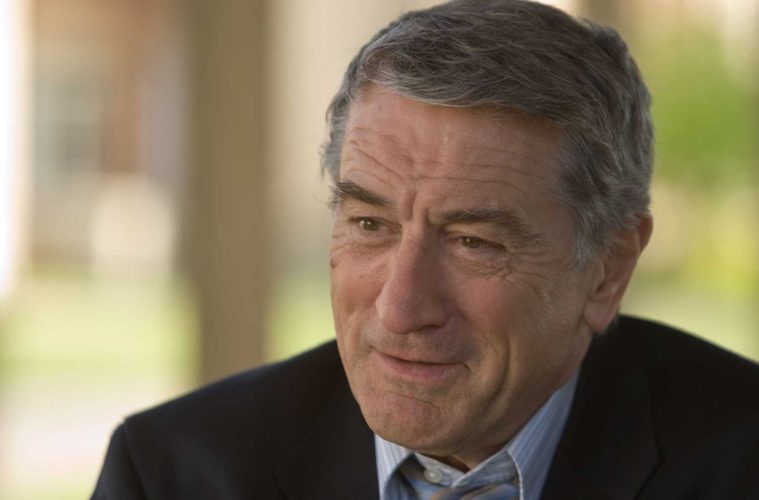 When one of your favorite directors of all time returns to the genre he’s best known for, using material that sounds perfect for him, all while working with a cast that’s so good it almost sounds made up…well, you tend to get excited. Such is the case with Martin Scorsese‘s The Irishman, which tells the true story of Frank “The Irishman” Sheeran, starring Robert De Niro, Joe Pesci, Al Pacino and Harvey Keitel. I got a little worried, though, when a few weeks ago it started to seem like the director would be making The Wolf of Wall Street next, again working with Leonardo DiCaprio. Instead, it looks like Silence with Daniel Day-Lewis, Benicio Del Toro and Gael Garcia Bernal will come before.

The answer as to whether or not Wolf or Irishman will be his following film still seems kind of murky, but the latter’s star keeps perpetuating the idea that we’ll at least see it come to fruition. Speaking to CinemaBlend, De Niro stated that it’s still happening, and did so with the following quote:

“It’s a movie based on a book called I Heard You Paint Houses. It’s about a guy who is – and I believe the book – says he’s now passed away, but he confessed that he killed Hoffa and also Joe Gallo over here on Hester Street. And so I’m going to play that character, Joe Pesci’s gonna be in it and Al Pacino is going to be in it and Marty’s going to direct it.”

“I’d never say it if I didn’t really fully have us all, you know, committed.”

So, there you have it. While stars constantly say things about projects that never end up getting made, the people involved here certainly have enough clout to get it to happen.

And, God willing, it will. This is simply too good of an opportunity for everyone involved to pass up on; De Niro and Pacino could afford to make something that’s a hit with critics, and Scorsese still has more than enough energy in him to have this rank in the upper echelon of his career. Based on the book I Heard You Paint Houses by Charles Brandt, the true story of this mobster is classic material that the director and lead have shown they can handle. To sum it all up: I want this, and I want it badly.

What do you think of De Niro’s comments? Is there any chance we’ll ever see The Irishman?