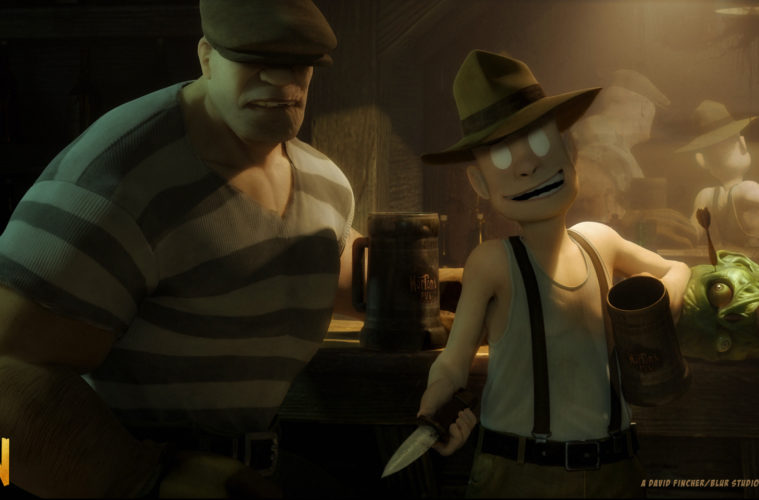 Even though he’s on his way to a deserved, overdue Oscar win for The Social Network, David Fincher is still having some trouble getting a movie he produced out to the public. That film is The Goon, a CG adaptation of Eric Powell’s comic of the same name. With a main character voiced by Clancy Brown and supporting work from Paul Giamatti, it’s directed by Jeff Fowler and Tim Miller of Blur Studios (watch the former’s short Gopher Broke right here). It got a positive response from the Comic Con crowd when footage was shown there back in July, but the lack of financing for the movie is preventing a release.

Speaking to AICN (via DreadCentral), Fincher said that its lack of mainstream recognition is a struggle, specifically stating “animation that isn’t singing furry animals is hard” and that they “only really need $55 million”. That last bit has me somewhat worried, because that isn’t exactly a small amount of money for someone to put up for a movie that is by no menas a guaranteed hit. The only thing keeping me optimistic about this project’s survival is his comment “Hopefully this will be the year that people go, ‘Wait a minute! We don’t all have to be trying to imitate Pixar!’”

Movies like Fantastic Mr. Fox and the upcoming Rango show that projects not by that studio or Dreamworks can get made, although in the case of the former, don’t do well at the box office. I’m really curious to see this, so hopefully somebody gives this a chance and releases it to the public.

Do you want to see The Goon, and do you think it’ll get a release?