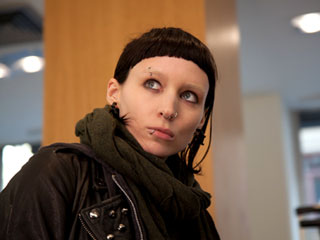 David Fincher is one of the most exciting filmmakers working today, simply because he’s one of the finest. He topped everything else I saw last year with The Social Network, and the teaser for The Girl with the Dragon Tattoo completely blew me away. What I’m trying to say is that the guy seems to be unstoppable, and one way he keeps himself going is by adding a ton of projects to direct in the future.

One of those is 20,000 Leagues Under the Sea, a new adaptation of Jules Verne‘s classic story. His time spent with Dragon Tattoo has made word on this other project a little quiet over the past several months, but we’ve just learned some new details on what he might do with the material.

This comes from /Film, who have video of a fan speaking to him at a Q & A for the Actor’s Studio in Sweden, where he asked the director about his feelings on shooting a movie with motion capture technology. Not only would he “love to to something like that,” but he would want it to be “sort of very, very dense.” He then revealed that 20,000 Leagues will probably be about “70% CG.” I get the impression that Fincher feels very strongly about the process, because he was quoted as saying that “eventually there won’t be a difference between motion capture and acting,” as he feels that the process comes down to “being able to capture acting.”

This is someone who helped pioneer the use of special effects as a storytelling tool with movies like Fight Club and Benjamin Button, while also using them to seamlessly create a period setting with Zodiac. Even The Social Network, which could reasonably be called a legal drama, has a character who was created by having one actor’s face digitally mapped on another person’s head. The best part? Most people never even noticed that they were watching the same actor play two people at once. Combine that with his great use of digital cameras, and you get the idea. Anyway, the point is, him using CGI extensively on a project like 20,000 Leagues feels right, and any concern about its employment should be easily dispelled by just looking at his past work.

In other Fincher news, EW has provided us with a new photo from The Girl with the Dragon Tattoo, one that shows star Rooney Mara as Lisbeth Salander; you can see that a little further down. The look that they’ve given her in playing the character has left me impressed so far — she not only seems like a completely believable take on this type of person, but there’s enough of a difference between her and Noomi Rapace for it to feel like a different interpretation.

They also managed to speak to her about taking the role, the marketing, and some of the challenges that were encountered during filming.

Mara apparently had to audition for Salander for two months, and when Fincher was confronted about his long decision-making process, she said that the director “gave me this long speech about the part,” before handing her an iPad that had the press release  — announcing her casting — already written on it. He wanted to send it out, so she had half an hour to make a decision. That sounds like the filmmaker I love. One thing that’s commonly said about Fincher is his penchant for doing multiple takes of the same scene, sometimes to the point where it frustrates his actors. Dragon Tattoo has a graphic elements of rape in its story, which means that filming certain portions of the movie, as you can probably imagine, had to be unpleasant. It truly sounds like it, as the actress claims that they “did it all in a week,” with them “working 16 hours a day.” You would probably also be unsurprised to hear that the process was “really, really challenging, not just emotionally but physically”; the good news is that this was done because it was considered to be “such an important scene,” with them really wanting “to get that right.”

I think what struck me as the most interesting part of these snippets is the discussion about one of the posters, which features the actress nude. Not only was Mara “supportive of it,” but she thinks that the controversy stems from the fact that people “have a hard time with strong females and with nudity.” Furthermore, she believes that there wouldn’t have been an issue if she was “doing something incredibly violent on the poster.” The actress feels that it ultimately did its job as a teaser poster, simply because “it teased people.”

That poster was something I applauded when it first appeared, and I think that Mara is completely right by saying that the discussion generated by the sexual content would not have been equaled by violent imagery. A boldness like that — which is further perpetuated by Daniel Craig‘s indication that this will be totally uncompromising — only increases my excitement. Movies of this kind are hard to get made at a major studio, but someone with as much talent and clout as David Fincher can not only do them, but he’ll probably also do them right.

The Girl with the Dragon Tattoo opens on December 21st.

Is motion capture and heavy CGI something that you would like to see David Fincher handle? Does this new photo make you any more excited? What are your thoughts on Mara’s comments?