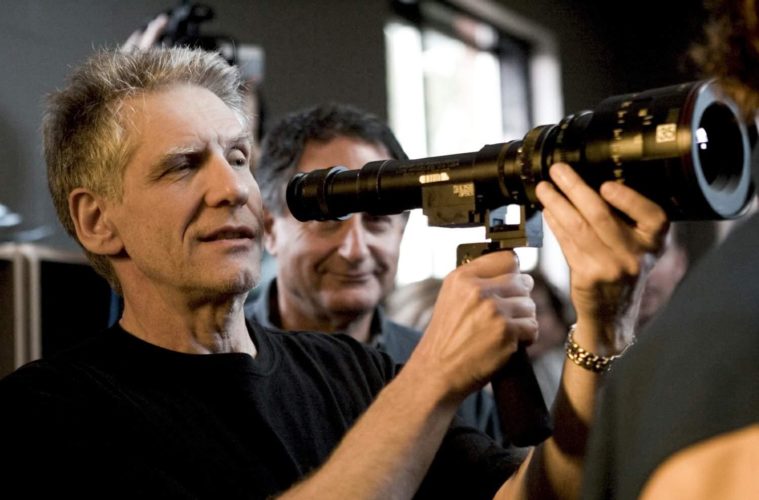 David Cronenberg Talks Next Projects, Including ‘Eastern Promises’ and ‘The Fly’ Sequels I was, like several others, extremely disappointed to hear a mixed reception to David Cronenberg‘s A Dangerous Method when it played at TIFF this year. When you have a filmmaker whose reputation is partially built upon psychological exploration supposedly doing just that with the two greatest psychiatrists to ever live — you expect a bigger response.

There may be a bright side: This movie seems to have reignited things for Cronenberg, who hadn’t directed anything since Eastern Promises more than four years ago. When talking to STYD, the director gave updates on projects that he has in various states of development; some of which we already knew about, others that have only been mentioned once.

The one that should be mentioned first is Eastern Promises 2, something that’s begun to look like it’ll never happen. While they claim that Cronenberg came off as not being very “gung-ho about it,” he also expressed the vague opinion that it’s “possible,” with Steven Knight currently writing a second draft and Focus Features being interested. Don’t get too excited; we heard similar things in 2009 and 2010. Although I would very much like to see it happen, this might only be a yearly update.

What I’m most interested in is another Fly movie. News broke a little over two years ago that he would actually be doing another remake of the 1958 original — the first, as you probably know, starred Jeff Goldblum and Geena Davis — but this might not be the case. He told STYD that it’s “not exactly a remake,” but “sort of a sequel, kinda.” The Fly already had a widely-derided sequel released soon after its predecessor; might this be a retcon of that? It may not matter, though, since he doesn’t appear to be too encouraged at its chances. As he said, “I don’t know if that’s going to really happen, but that has to do with Fox.” Having a director make a sequel to one of his most famous films might be enticing to a studio, but this is also Fox we’re talking about.

The conversation also went toward Cosmopolis, his already-filmed Don DeLillo adaptation starring Robert Pattinson. Scheduled for a release next year, Cronenberg called it “very cinematic,” with “incredible” dialogue. (He wrote the screenplay himself.) As it so happens, one of the main criticisms lobbed against Method is the fact that it’s uncinematic in its adaptation of Christopher Hampton‘s play — everyone keeps saying that it just feels like a play instead of a film. I could at least see Cosmopolis giving him room to play around with certain conventions; according to him, “[m]ost of the movie takes place inside a limo,” something that the director predicts will lead to others calling it un-cinematic. That should be fun to get a glimpse of.

Sadly, there was no update on As She Climbed Across the Table, a film that sounds like perfect material for him — and amazing on its own. Looking at its current status, with a studio interested and someone shaping the screenplay, that could be his first post-Cosmopolis project. Fingers crossed on that coming true.

If you want more Cronenberg in the near future, A Dangerous Method opens on November 23rd.

Which of these Cronenberg projects are you most excited for?