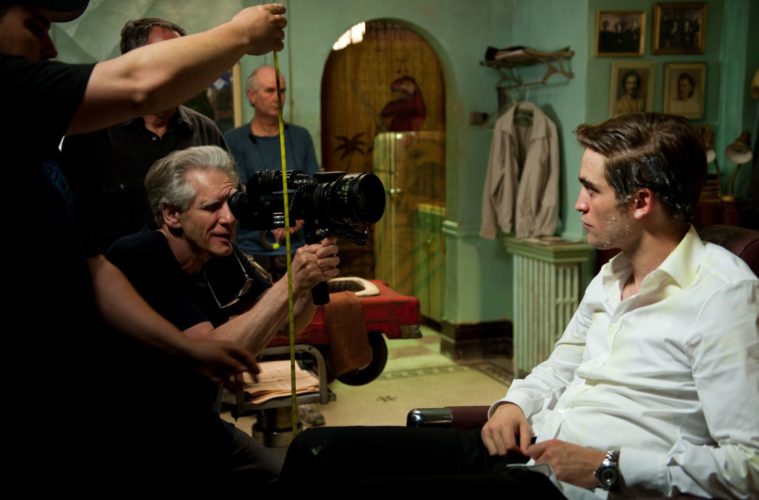 This time a couple of years ago, the idea of David Cronenberg directing Robert Pattinson would have, at most, been the set-up for an interesting (albeit rhetorical) “what if” movie scenario. But it actually happened on Cosmopolis, which just so happens to look terrific and be one of our most anticipated Cannes entries.

Which means that I, like most others, may not take this news as a really big surprise. During an interview with the French magazine Inrockuptibles (via BleedingCool and a fansite), Pattinson said the following about upcoming his projects:

“I’m filming another movie with Cronenberg but [I] don’t know when he wants to start filming. It’s going to be his first one in France and he promises it’s going to be very strange.”

The lattermost part is already spoken for, but it’s an evident aspect that only makes the rest all the more mysterious. To me, the only project on Cronenberg‘s docket that seems plausible is As She Climbed Across the Table, a black hole drama that had some big business movements about nine months ago — and I doubt Pattinson‘s talking about Eastern Promises 2, by the way. Yet that’s nothing more than a slightly educated shot in the dark. I think this is one that just has to wait.

Oh, and while we’re at it, I think it’s worth noting the mention of a biopic revolving around The Band — a project I can’t remember hearing a single word about — that the star says he’s attached to, with “a beautiful script about the nature of songwriting” waiting to be shot. As a fan of the group, I’m far more intrigued and confused by that one’s prospects.

What do you think this new project could be? Is it possibly something we’ve already heard about?