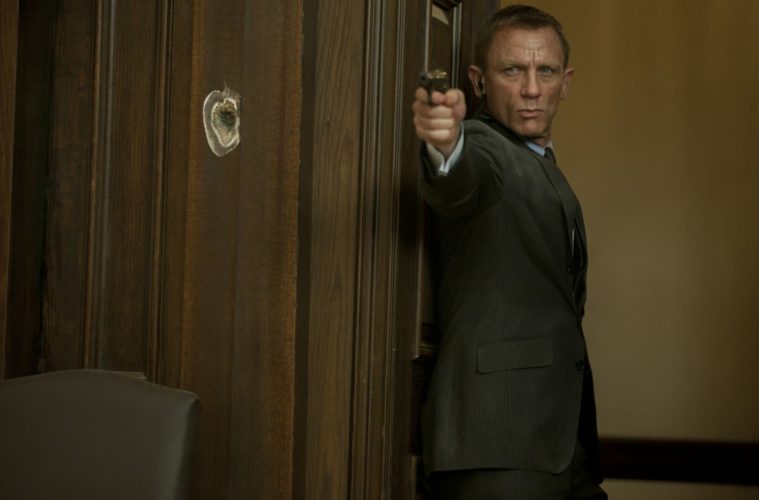 Fans of the standalone Bond narrative, rejoice. Despite reports that John Logan had started work on a linked plot for the franchise’s 24th and 25th installments — a set-up which, as has become customary, would also have the whole crew shoot both back-to-back — one of the matter’s very top authorities has put a kibosh on it all.

Whilst speaking to the German site Filmstarts (via /Film), Daniel Craig said the following about two continuous films:

“No, I don’t know where that’s come from. It’s impossible to do a two-parter, I heard that someone was talking about that we’re doing a two-parter, but that’s the first I’ve heard about it. We can only do them one at a time, they take six months to shoot. You can’t write one movie thinking about the next. All we’re trying to do is get the next one sorted out and it’ll stand on its own and if I’m able I’ll do another one after that.”

Of course, there is always the chance he’s trying to cover their tracks, though I can’t see why he’d be compelled to lie about the decision. (As in, “there is literally no reason to imply two films won’t be happening when, hey, they actually are.”) What’s more, /Film notes that the from which this news stemmed uses some pretty tenuous wording, anyway — “I’m told” and “[i]f plans work out,” to be more specific. If anything, Logan proposed the idea and said plans just, as a matter of fact, didn’t happen to work out. That might be it.

If you, like I, were worried we’d see a repeat of sorts with the Casino Royale / Quantum of Solace problem — only, both bottoms might fall out if neither is fully complete — there’s reason to rest easy. Because you have nothing bigger to worry about than a multi-million dollar film that won’t open for at least two more years.

The best news is that Skyfall will be opening in the United States on November 9th. There’s plenty of reason to look forward to that.

Is this the strategy you’d like to actually see with the next Bond films? Do you not care either way?