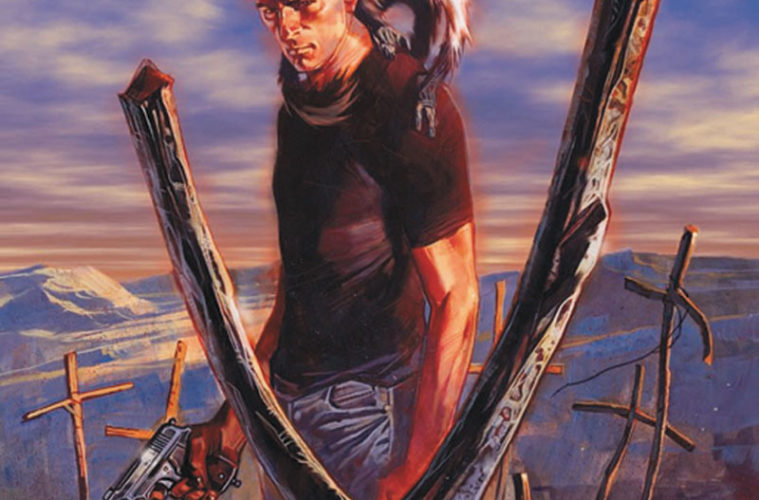 For the first time in years, Y: The Last Man looks to be a real, living project. I’m only saying it now for very good reason, as Deadline have learned that Dan Trachtenberg — director of the short Portal: No Escape and former host of The Totally Rad Show — is New Line’s choice to direct the long-planned, long-troubled comic book adaptation. This is actual, substantive news regarding Y: The Last Man and I’m sort of shocked.

Our last news didn’t point toward that so confidently. After tasking writers Matthew Federman and Stephen Scaia to adapt Brian K. Vaughan and Pia Guerra‘s 60-issue comic series during the spring, a fall update told of the search for a proper helmer. While that faded from the memories of so many, including this writer, one now gets the impression that New Line did it without some big, distended hubbub — and for that, alone, am I even just the tiniest bit grateful.

This specific hiring comes as something of a surprise, and for a few reasons. The first (and most prominent) being that Trachtenberg hasn’t been getting his name mentioned around town as a potential helmer of, well, anything, save for a film entitled Crime of the Century. (Regardless of talent, he just wasn’t topping a lot of shortlists, is what I’m saying.) Then there, really, just wasn’t much expectation about seeing a Y: The Last Man movie when development’s taken years — such as when D.J. Caruso and Shia LaBeouf were circling, or that time Louis Leterrier tried cracking it — and to little noticeable result.

I guess New Line are actively aiming to get this off the ground. It won’t be an easy task, particularly if plans are to compact all of Vaughan‘s writing into a single film — the emotional journey could be greatly undercut when reduced to two hours, as just one example — so, best of luck to Trachtenberg and his team. I’ll be cautiously optimistic.

Are you surprised to see the former Totally Rad Show host land this big job? Is there a positive outlook on your own end?